A different way to fly

Stricter regulations are also being introduced for aviation in response to the climate crisis. The sector already accounts for two per cent of global emissions. With the number of flights expected to double in the next 20 years— to 8.2 billion air travellers—the emissions of the travel industry alone will exceed the annual global carbon budget to limit warming to 1.5 degrees.

While public awareness is increasing, most people don’t realise how egregious flying actually is. Emissions from a single flight can dwarf the carbon savings from other lifestyle changes, such as going vegan. A return flight from Amsterdam to Santiago in Chile, for example, emits 3,800 kg CO2—equivalent to the amount of CO2 saved by eating a vegetarian diet for eight years.

The industry is moving to limit the damage. The International Civil Aviation Organization (ICAO), for example, finalised an agreement in 2016 to address carbon emissions by implementing the Carbon Offsetting and Reduction Scheme for International Aviation (CORSIA). Under the scheme, international passenger and cargo flight emissions would have to be offset, using forestry and other carbon-reducing measures. It will take effect in 2021 and will become obligatory in 2027.

This scheme was hailed by some parties as ambitious, but the target—a 50 per cent reduction in emissions by 2050 based on 2005 levels—is still not in line with the 1.5 degree limit. It fails to propose a tax on kerosene or carbon and allows governments to continue heavily subsidising flights. That all keeps flights artificially cheap, encouraging people to fly. Political change is needed to encourage people to fly less and to shift to alternative modes of transport.

Along with these reforms, we also need bold, technological innovation to get off fossil jet fuel. EIT Climate-KIC has invested in a number of exponential technologies, such as electric helicopter taxi Volocopter and five-seater electric jet Lilium, which are paving the way towards the aviation industry’s dream: Electric flight. 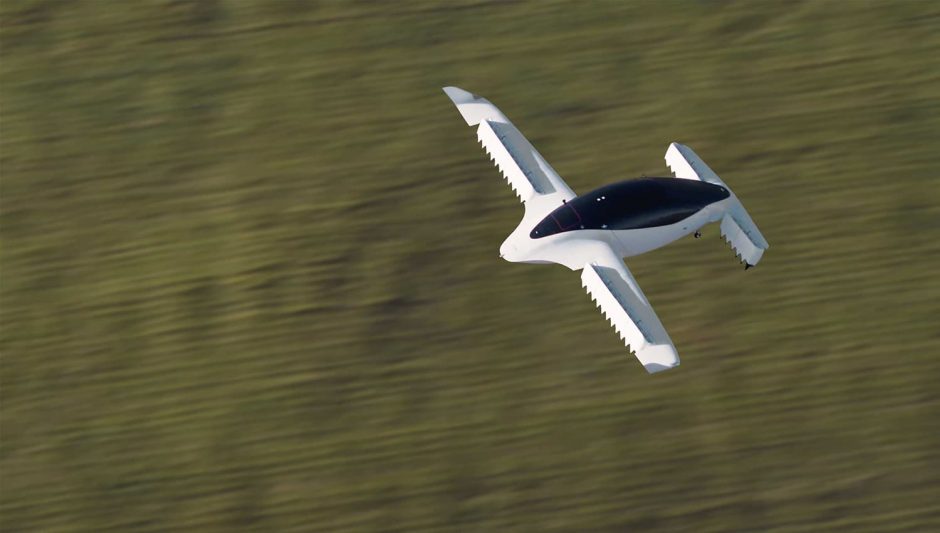 It will be a while before full-sized commercial aircraft go electric. Battery technology is not yet advanced enough to power planes for the distances they cover and weight they carry. Fuel is still 40 to 50 times more power-dense. With the average plane 100 times heavier than a mid-sized car, batteries need to become much more compact and more powerful per kilogram. However, there are already some promising experiments, with the first commercial electric flight flown by Harbour Air in December 2019.

As we innovate our way to electric flight, alternative fuels can help to cut emissions. EIT Climate-KIC has supported SkyNRG—a pioneer in sustainable aviation fuel—in developing a supply chain for a fuel made from waste oils, including used chip fat. SkyNRG are developing a factory in Groningen to supply KLM and German multinational SHV Energy that will be Europe’s first facility to produce and supply sustainable fuel and bio propane.

The fuel will lead to an 85 per cent reduction in lifecycle emissions and will also reduce nitrous oxide and fine particulate matter. Although there is a similar amount of CO2 emitted during the flight, as the fuel is a chemically identical hydrocarbon, using waste oil and residues that would otherwise be destined for landfill eliminates the emissions from drilling, transporting, processing and refining fossil fuels.

“The ideal would be using CO2, water, and renewable electricity to create hydrogen, because it’s zero-emission and the waste product is water. But that technology is not yet ready to be scaled up,” says Maarten van Dijk, SkyNRG’s managing director.

Creating and supplying sustainable biofuels, such as the one SkyNRG has developed from waste oils, takes 8-10 years from the lab stage to production and hundreds of millions of euros. But van Dijk is not deterred by detractors who say alternative fuel development is too slow, or that it distracts attention and investment from electric flight.

“We need it all. First we have to reduce the amount of fossil fuel needed with everything we can do. Reduction of demand, smarter flying, better taxing. Then, electric! The more electric, the better. Then, we need to substitute whatever share jet fuel has left with sustainable fuel. That’s it,” he says.