As we’ve seen, whether boats, planes, cars or trucks, merely changing fuel is not enough. We need to consume and travel less—and differently when we do.

Sail to the COP, an initiative supported by EIT Climate-KIC, is lobbying to achieve exactly that. A team of 36 climate innovators set off for COP 2019 in Santiago, Chile in a 62 metre sail boat with the goal of finding solutions for the transport transformation on the way.

Unfortunately, COP was moved to Madrid due to political unrest in Chile. But this voyage was more about the journey than the destination, since it was conceived of as a ‘floating think tank’. Throughout the journey, participants ran workshops and participated in the first ever Atlantic Ocean Climathon, where they worked in groups to come up with demands, solutions and lobby plans to transform the travel industry.

The main problems they identified in the travel industry were: Unfair policies favouring aviation over climate-friendly travel alternatives, a strong lobby for the aviation industry, lack of cooperation between countries and businesses, and lack of awareness of environmental impacts and issues of social injustice.

Other partners and sponsors, including the Netherlands’ Ministry of Infrastructure and Water Management and the Dutch rail operator ProRail, provided questions that they wanted participants to work on, including “How can we feasibly create a common European Rail Network?”, “How can we create new sustainable habits and norms within society surrounding travel?” and “How can tour operators become climate-positive?”

During the Climathon, the teams suggested campaigns to encourage local breaks (instead of flying to far-flung destinations), lobby the aviation industry to change its advertisements encouraging far-flung travel, and increasing night travel via sleeper trains and buses. These seem like simple ideas, but there are often bizarre barriers to achieving them. For example, sleeper coaches are not allowed in many European countries, because there are no regulations on how people should be strapped in when lying down. 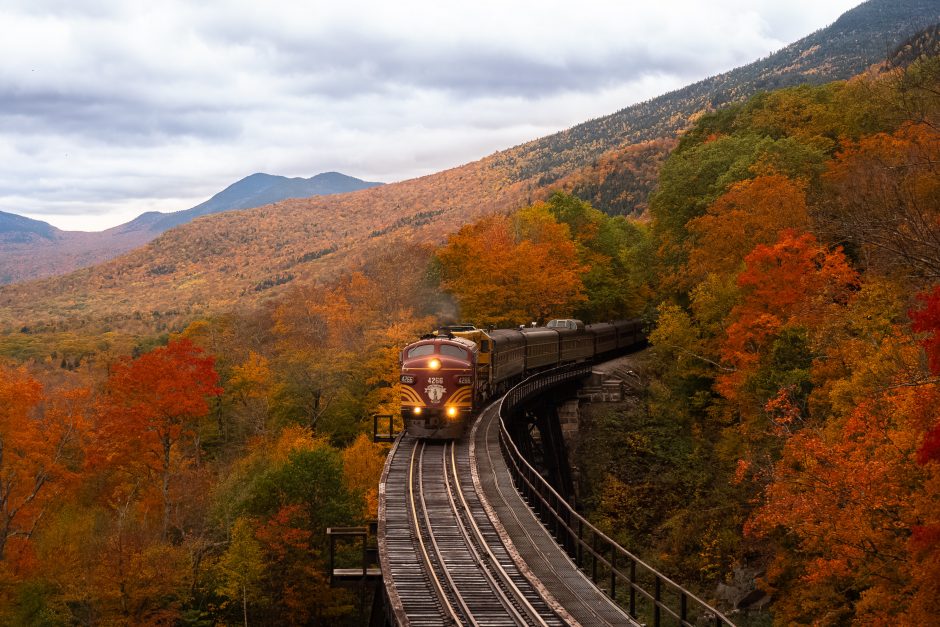 Another barrier to land travel is the awkward booking process. Compared to sophisticated flight-booking websites, which quickly calculate multi-stop trips around the world, rail sites often cover only one country, forcing users to book their trips piecemeal. This poor user experience is one reason why people often give up trying to book long-distance international rail trips and opt to fly instead. Integrated ticketing services and data-sharing between countries would make the train and bus more attractive, and also offer clearer pricing and travel times.

Another barrier Sail to the COP sought to overcome is cultural: In the western world, we often hear that we “deserve” to take a holiday somewhere completely different. Or we experience the urge to escape our busy, work-dominated lives by going away as far away as possible.

“Our normal lives can be very busy and pressing. A lot of people feel like they need a holiday and look forward to it all year,” says Santeri Lehtonen, a participant and alumni of EIT Climate-KIC’s Journey summer school, who launched vojo, a start-up for climate-conscious travellers to book low-emission travel.

“But now the status quo is that we essentially teleport to a completely different culture and we lose a sense of how far we’re travelling. Instead, the journey can be the actual trip, and you can fulfil your need for travel and experiencing new things that way, by taking the Siberian railway or some crazy buses in South America.”

The recent “#NoFly”movement has gained significant traction, too: A Booking.com survey found that 72 per cent of travellers want to make sustainable travel choices. If that belief is borne out in behavioural change, it will have a big impact on industry. Citibank said in an analyst’s note in October 2019 that ‘flight-shaming’ is causing consumers to explore alternative modes of transport and carbon offsetting to the tune of $3.8 billion a year. That would eat as much as 27 per cent into airlines’ bottom line by 2025. Citibank’s analysts said that these estimates were conservative and that the real amount could be as much as ten times higher.

Once back home in Europe, Sail to the COP participants will continue with some of their project ideas, including Rail it to the COP, a campaign to encourage European organisations and delegations to catch the train to all future COPs, including in Glasgow in 2020. The group also plan to promote virtual COP for delegations be able to participate remotely.

Some voices in the climate movement argue that the onus to change should be on politics and companies, rather than the individual. But Lehtonen says that cultural change, led by individuals, is the driver behind political or corporate decisions.

“If we want to think about climate justice in a systemic sense then it is about individual choice as well. This then pushes politics and companies, because these systems are still made up of individuals,” he says.

Climate charity Possible launched a scheme called Climate Perks to encourage companies to give employees extra paid leave when they take holidays using low-carbon modes of transport instead of flying. Over 250 companies have shown interest and nearly 40 have signed up to the two-year pilot, including digital consultancy Cloudkickers, architects Bennetts Associates and food-delivery company Farmdrop. Emma Kemp, campaigns and fundraising officer, says that companies are keen to show they’re doing something for the environment and to become more attractive places to work for climate-concerned workers. Given that 85 per cent of the British public are “concerned” and 52 per cent are “very concerned,” that’s most of them. 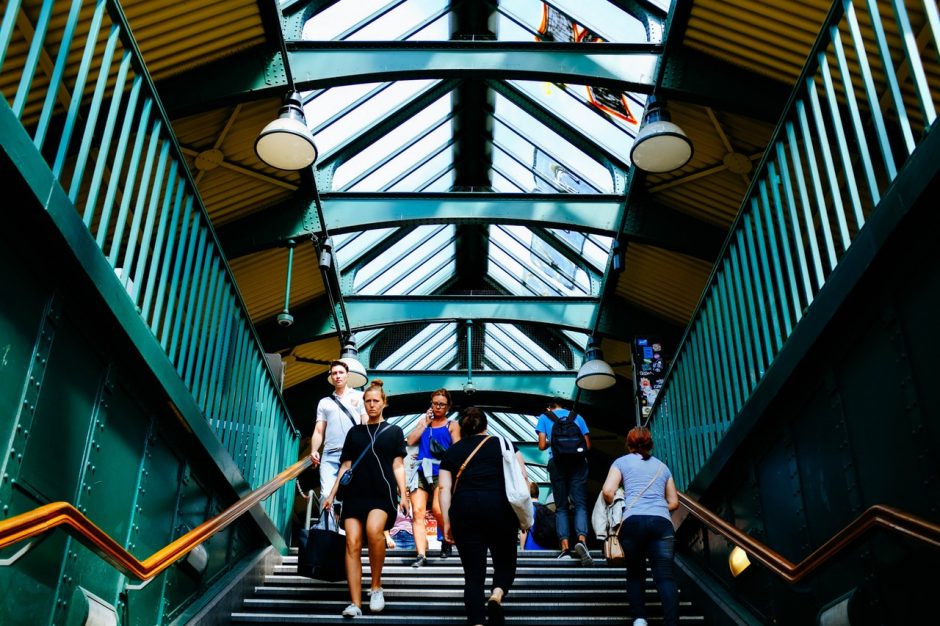 “Companies want to be able to say they’re doing good things and this gives them a chance to really show that they are doing something progressive,” says Kemp. “Everyone’s been switching the lights off for years, everyone’s been recycling for years, and now they’re are desperate to get their teeth into something that has more impact. This gives companies a chance to empower their staff to do that.”

In a poll Possible ran at the beginning of the project, 61 per cent of people were willing to reduce the amount they fly. That rose to 69 per cent among people who were concerned about climate change, if others were also doing so.

“As with any other personal change for climate change, people often think, ‘Well, if it’s just me then it doesn’t matter’. So it’s really key that people feel they’re one of many,” says Kemp.

The main barrier to taking other modes of transport, people said, was time.

“Everyone is hesitant to give up a day of leave, a day on the beach, to be on a train. It just doesn’t sound appealing. And yet, anyone who’s got a train into mainland Europe will tell you that it’s really fun. It adds to the journey when you see the landscape change. Plus it’s more relaxing, you’re allowed more baggage, and it takes five minutes to check in.”

Climate Perks focuses on leisure travel rather than business travel, because the number of business flights began decreasing ten years ago and fewer than one flight in ten is now for business—whereas flying for leisure is still rising.

One of Kemp’s colleagues at Possible launched the A Free Ride, a campaign to lobby for higher taxing of frequent flyers. While government action is necessary, such a levy will never happen without a shift in public opinion to seeing flying as a luxury.

The idea of a world without mobility can hardly be contemplated. But when moving around means condemning the planet to catastrophic warming, we need to rapidly transform how we move people and goods.

Awareness of the climate crisis has grown enormously over the past few years, and many people in the developed world are re-assessing their travel habits.

Changing culture, politics, and industry will not happen by accident. It needs orchestrating. EIT Climate-KIC intends to drive these transformations by embedding innovation in mobility within whole places and value chains, and by activating human agency in every part of a system.