The journey to zero-emissions transport – part one

Part of the solution is less travel and consumption

The transport sector is not only one of the dirtiest industries on the planet but it is the fastest-growing contributor to carbon emissions. Flying already accounts for two per cent of global emissions, with the number of flights expected to double over the next 20 years. The maritime industry spews out 2.2 per cent of global emissions, and that is expected to double before 2050.

Beyond scattered successes, electrification of cars and trains has been slow. Low-emission fuels are practically non-existent in aviation and shipping and almost all the fuel used in transportation—95 per cent—comes from petroleum. Electrifying planes or container ships is a long way off because current battery technology cannot support the weight of these vessels over the distance they travel.

Many believe electric vehicles will save the day, but EVs still generate significant emissions and natural resource extraction and fail to alleviate congestion, safety issues, and other urban, ecological and social problems deriving from a car-centric transportation system.

Technological innovation will of course play a crucial role in the transformation of the transport sector, but it’s clear that investing in isolated technologies will not get us to net zero fast enough. Part of the solution must also involve travelling less and consuming less. That means more cycle lanes and video conferencing, urban agriculture, building pedestrianism and green infrastructure into a city’s health strategy, and more.

Most importantly, we will need to take action together to transform whole systems and value chains—going well beyond the technological aspects of transportation—to achieve carbon-neutral mobility. 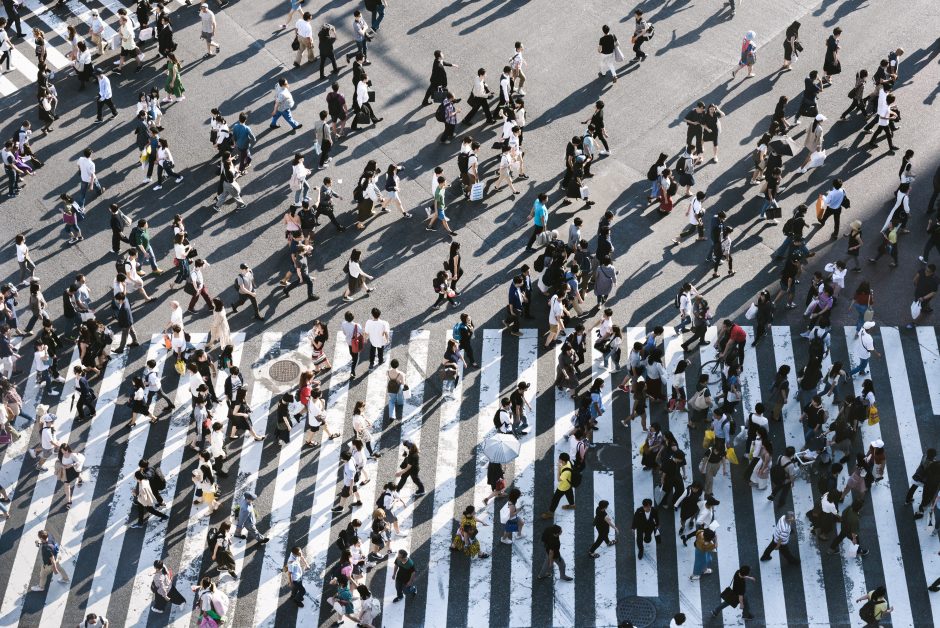 In 2019, EIT Climate-KIC launched a Deep Demonstration of Resilient, Net-Zero-Emissions Maritime Hubs—one of eight Deep Demonstrations in our portfolio to offer a test bed environment for the overhaul of whole systems and sectors through joined-up innovation.

Shipping is an enormous ‘opportunity space’ for emissions reduction. But while public support has grown for electric vehicles and flying less, the shipping sector has been overlooked. With 50,000 merchant ships in the seas transporting 90 per cent of the world’s trade, it accounts for 2.2 per cent of global greenhouse gas emissions, equivalent to more than the total annual emissions of Germany. What’s more, emissions are expected to double by 2050.

While shipping is a more fuel-efficient way per tonne to transport goods than flying, these ships use the dirtiest kind of fuel: The sludgy waste product of refined oil. Ships also emit sulphur dioxide, a carcinogen, and nitrous oxide, a greenhouse gas that is 300 times more potent than carbon. The sector needs cleaning up, and fast.

EIT Climate-KIC is working together with the ports of Valencia and Piraeus and the Cyprus Shipping Registry, who all share an ambition to create a circular, inclusive, net-zero-emissions maritime sector.

The Port of Valencia, Europe’s 5th largest container port, is aiming for zero emissions by 2030. That’s an ambitious target, not least because it includes scope three emissions, or the greenhouse gases emitted by the goods coming into the port. The port is now looking at building infrastructure to allow ships to refuel with natural gas, a transition fuel, before introducing even lower-emission fuels.

While the port already had a bold vision, they were eager to work with EIT Climate-KIC to figure out solutions for issues they didn’t know how to solve, such as how to provide hydrogen refuelling infrastructure. EIT Climate-KIC has also set up an experimental lab within the port, so start-ups can test out innovative solutions on site, as part of a joined-up, place-based, ‘systems innovation’ approach to tackling climate change.

The Port of Piraeus, meanwhile, one of the fastest growing ports in the world, is looking at low-carbon mobility and traffic management, as well as energy efficiency and alternative energy sources for ships.

There are many ways to cut shipping emissions, including reducing speed (‘slow steaming’), propulsion efficiency devices, and using sails or wind turbines on the ship in tandem with an engine.

Alternative fuels are also being investigated, including liquid natural gas, which would be a transition fuel, as well as bio-fuels and hydrogen.

Yet while technological innovation is important, it’s insufficient by itself.

“We pick a technology and we think it’s going to fix all our problems and change the way we behave. But it doesn’t unless you also work with decision-makers in policy and finance in a systemic approach,” says Maria Loloni, EIT Climate-KIC’s Maritime Programme Manager.

While shipping companies and ports both know they need to embrace the energy transition, it’s hard for them to take the leap alone. If ships take the first step and switch to alternative fuel, they’ll be unable to dock at ports that lack the right refuelling infrastructure. But ports don’t want to make large investments into new fuelling infrastructure without first knowing that enough ships will use it. That’s why ships and ports need to make the decision together. 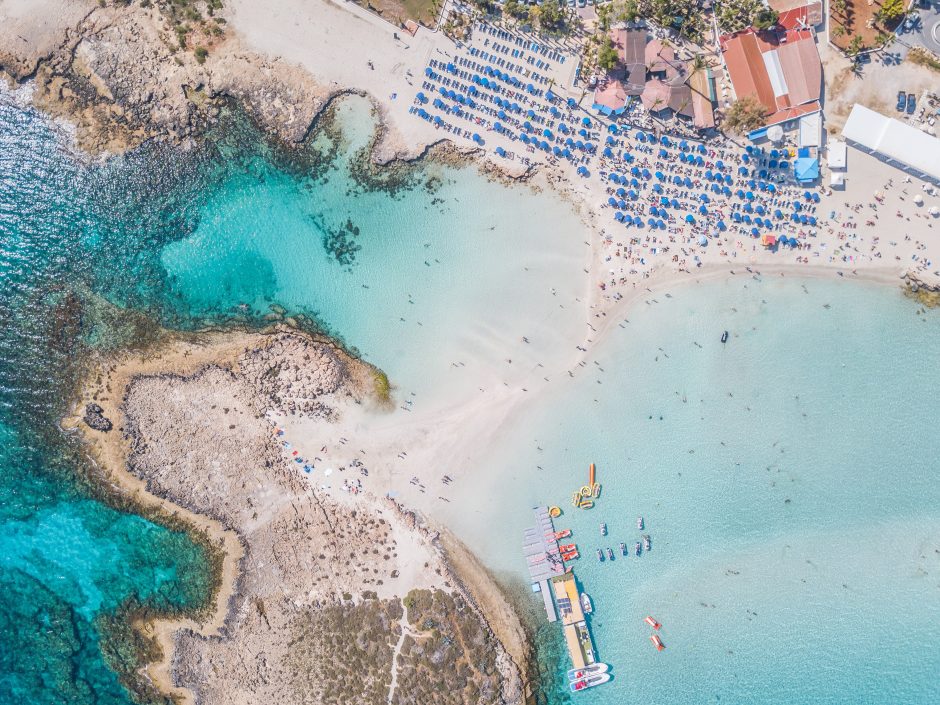 Ship registries also play a crucial role in the transition. They enforce regulations for ships within their jurisdiction, just like governments do for companies. EIT Climate-KIC is working with the Cyprus ship registry, the third largest in Europe, and the twelfth largest in the world. If it were to require its ships to use lower-emission fuels, it would have an immense impact. But doing so too quickly could cause ships to defect to other registries. It’s therefore vital to gain the understanding and cooperation of ships to make the change together.

The last piece of the puzzle is the International Maritime Organization (IMO), which regulates ships on the open sea. The IMO has set a target of halving emissions based on a 2008 baseline by 2050. They have not yet set any regulations to oblige ships and ports to adhere to this goal, but have introduced limits on sulphur emissions in the past.

The maritime industry is expected to expand threefold by 2050. We cannot hope that energy efficiency and alternative fuels—which have barely made a dent in the market so far—will manage this enormous increase and keep us on course for 1.5 degrees. We also need to consume less, reducing global shipping cargo, and look beyond ports to the wider systems, cities and regions of which they are a part.

In Valencia, this is exactly what is happening, as it looks to expand this whole systems approach into the whole region. This regional approach will be the subject of a follow-up story.

There is much to resolve on land as well—and nowhere more than in cities. Two-thirds of the world’s population will live in cities by 2050, making them crucial hubs of transformation; their densely-packed populations mean solutions have the potential to impact many people, and many issues, simultaneously.

For examples, reducing the number of cars in a city can improve air quality, health, and livability all at once, while boosting the local economy and reinforcing community ties.

Through its Healthy, Clean Cities Deep Demonstration, EIT Climate-KIC began working with 15 cities in 2019 on highly ambitious, 10-year programmes to achieve carbon neutrality by 2030. The first cohort of cities includes Amsterdam, Copenhagen, Edinburgh, Kraków, Križevci, Leuven, Madrid, Malmö, Maribor, Milano, Niš, Orléans, Sarajevo, Skopje and Vienna. The commitment they have made means they will have to learn to innovate strategically and move faster in transforming to a zero-carbon, healthy and resilient society. 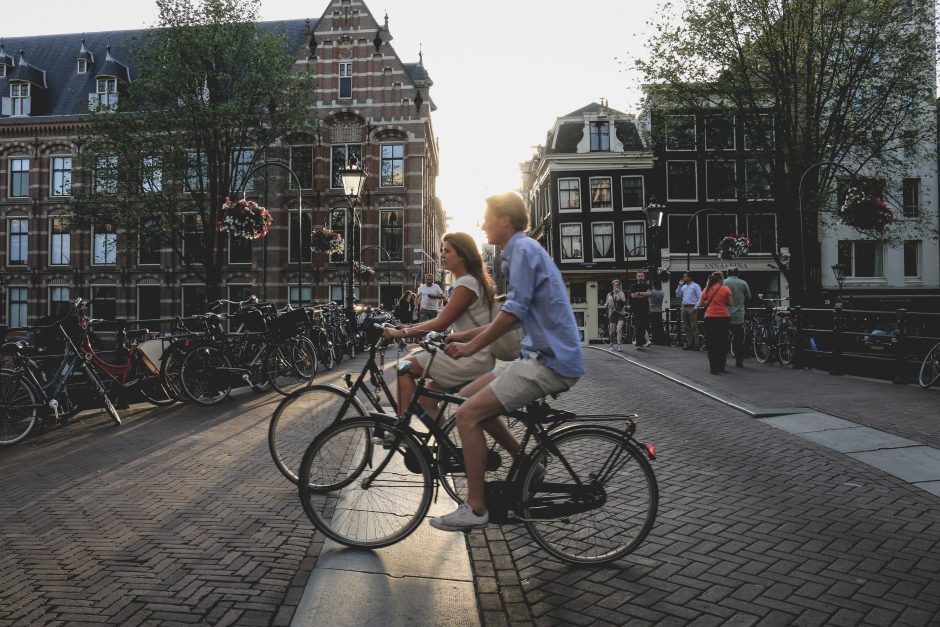 A critical step in addressing mobility is understanding the cost of car-centric cities on communities and people. If we look at the health benefits of walking and cycling and the ways in which these modes of transport improve the quality of communities, it quickly becomes clear that it’s worth thinking differently about how we move in and through our cities.

Cities like Amsterdam, Vienna, and Kraków have already managed to reduce people’s reliance on cars in the city centres. While continuing to increase the share of journeys taken on foot or bike, these cities are now trying to address the surrounding communities. This means tackling two things simultaneously: Firstly, the congestion caused in these areas by pushing cars out of the city centres and secondly, the car-centric urban planning in these ‘modern’ developments that makes driving a near-necessity.

EIT Climate KIC is keen to reframe this challenge as one that is not simply banning cars, but one to redesign neighbourhoods to allow people to easily use alternative modes of transport. One way to do that is to create micro-communities, in which all of people’s daily needs are served within a small area, from retail and business to schools, rendering long commutes and other journeys unnecessary. This can be a tricky thing to achieve, not least because it means engaging people and businesses to embrace investments in their communities that may feel disruptive in the short-term—even though they ultimately improve quality of life. The changes may even help people save money by reducing petrol and parking costs.

Another transformation in mobility over the past decade has been the emergence of ‘mobility as a service’, or new services and technologies to aid individuals in their mobility options, from ride-hailing to bike/car-sharing to micro-vehicles. While there are many positives to these services, they tend to be of a transactional nature.

Instead, some cities EIT Climate-KIC is working with, including Amsterdam and Kraków, are trying to shift towards a ‘mobility of the commons’ in which these services would be more like a public good. Citizens would regard them as they do the sidewalk or the street, and would neither consider the marginal costs nor experience a ‘transaction’ when they use them.

If these cities are successful in these experimental efforts, we anticipate seeing real shifts start to take hold among the 15 cities participating, but also with other cities who are facing similar problems.

Lilium completes funding round worth over €224 million
In The News
TWAICE raises €11 million series A to power internationalisation efforts and...

Eight EIT Climate-KIC innovators are featured in the prestigious...

Air-conditioning equipment, office furniture, lighting systems and even floor coverings are being leased, so why can’t a...

The Technical Expert Group (TEG) on Sustainable Finance has...

How EIT and KICs are working to address one...

EIT Climate-KIC, together with its partners the UN, the...

The transport sector already accounts for a quarter of...

The transport sector already accounts for a quarter of...

The city of Penang, Malaysia, and a team of...

E3G´s new report “Is Germany ready for the future? The case for action in a climate-changed world.”, supported by EIT Climate-KIC, finds that Germany...

Last November, the Slovenian parliament passed a motion to...

The Slovenian parliament passed a motion to adopt an...