EIT Climate-KIC partner, the UCL Institute for Innovation and Public Purpose (IIPP), has recently issued a report for the Just Transformations Deep Demonstration (one of EIT Climate-KIC’s eight climate change mitigation and adaptation programmes) aiming to identify and test modern-day assumptions—or paradigms—that influence how we view workers’ rights and livelihoods in the context of a green transition, especially in coal mining and other heavy-industry regions.

As we experience the effects of pollution and climate change, such as poor air quality, and increasingly frequent and severe extreme weather events, public health and disaster relief costs rise, not to mention, the toll on human health and well-being. Carbon-intensive industries, such as oil, gas and coal, which emit the heat-trapping gases that cause climate change into the atmosphere, will need to cease to exist. However, this necessary shift to a green economy threatens the livelihoods of industry workers and even the economic stability of whole regions. And if the transition is mishandled, it could lead to civil unrest, echoing the UK coal miner strikes of the 80s.

Human rights should be at the centre of a ‘just transformation’ so when considering making changes to a region’s economy, it’s necessary to engage all those who will be impacted, from the workers to landlords, unions, families and communities. Including all actors in the process allows for the full range of people’s needs and concerns to be considered, so that the proposed changes are fair for all. This is what we call a holistic approach—accounting for all the interconnected parts of a system—and the best way to achieve meaningful change.

It’s likewise important to identify—and even challenge!—assumptions we have about the changes needed to fight climate change, and how these changes relate to the economy and jobs.

Audio: Learn how EIT Climate-KIC’s Deep Demonstrations, in collaboration with the IIPP, are surfacing and interrogating paradigms to unleash climate action in this clip featuring Martha McPherson, Head of Green Economy and Sustainable Growth, IIPP

In their report, the IIPP highlights four paradigms that are at play when it comes to a just transition.

Paradigm one: Human and workers’ rights

There is a lack of recognition of how the climate crisis impacts employers, employment and workers. The current COVID-19 crisis has shown how disruption could be felt and even shaped, through worker furloughs and layoffs along the supply chain, leading to lower oil prices and further job losses.

“Businesses address the climate crisis at micro level, without a wider long-term view on innovation”

Industry and businesses need to move away from short-term business cycles. Business’ micro level approaches on sustainability and worker involvement are not impactful enough to mitigate climate change and should take into consideration climate-vulnerable citizens and systems thinking. This is a rethinking of how we do business, as there are clear and underexplored business advantages to long-term strategies, such as more competitive market positioning, and long-term re-skilling and talent identification.

The report outlines the case study of how Australia’s Hazelwood power station closed suddenly, due to low-carbon investment aims giving their employees only five months’ notice despite previous reassurances that it would remain open for five to ten more years. There were good intentions for the climate, however, negative implications for the community and employees. The state intervened with a support package for a business-led energy transition, communicating with local workers and transforming the regional industry to one of carbon-free alternatives.

As EIT Climate-KIC and the IIPP explored the Deep Demonstration paradigms individually, a fascinating insight emerged that could help cities, regions and nations find common ground and accelerate the European Green Deal

“Climate justice advocates are forced to act at local rather than international level, due to the higher enforceability of national law”

Climate justice activists are frequently engaged on action in different laws and in different geographies, and often, these movements act in an isolated and restricted manner. International collaboration has an important role to play in tackling climate change, and where possible, international law should be created.

Failure to link climate rights with workers’ rights (through an understanding as both being fundamentally about human rights) can lead to popular movements being forced into a binary position of being ‘for’ or ‘against’ new climate policies. For example, the protesters in the gilets jaunes movement in France were motivated by the burden of rising fuel prices adding to the already exorbitant high cost of living, whilst at the same time, Extinction Rebellion protestors were mobilising around the world, some demanding the implementation of a carbon tax.

“Men suffer the most in the green transition”

Collective and individual identities are vitally important to just transformations, which require fairness and representation for multiple demographic groups. Industrial transformation often takes place in local and regional communities with long histories built around multi-generation employment from a single source. Worker identities are created and sustained through shared experience, often difficult ones.

Intersecting with worker identities are gender identities, which are very deep-rooted. Extractive industry jobs are often considered to be ‘male’ jobs, with demanding and sometimes dangerous physical labour as key characteristics. As these jobs disappear, a key task of the green transition is to make sure that necessary re-skilling is provided for all in the green economy. 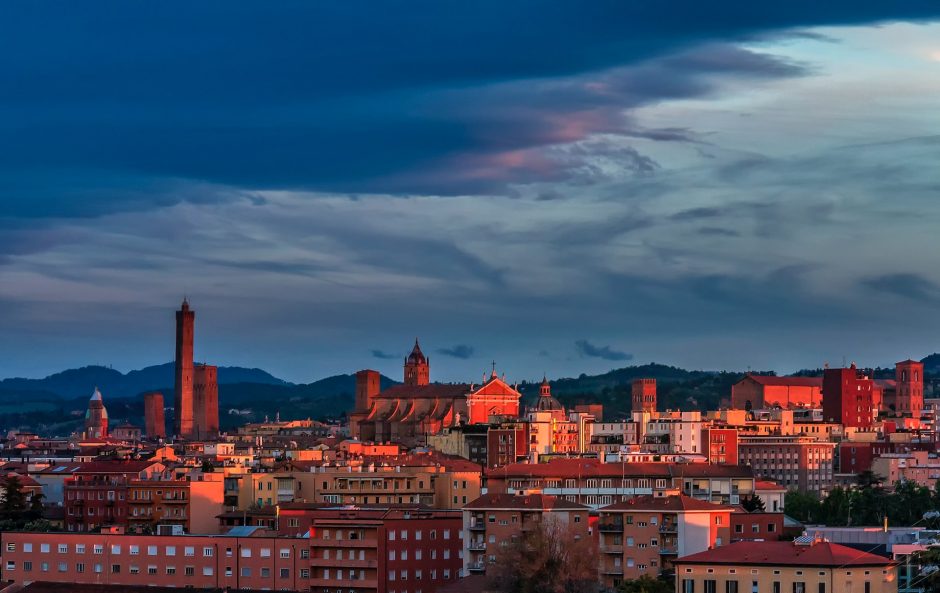 Regional partnerships in the Deep Demonstration include work on a project in Emilia-Romagna, Northern Italy, that would focus on mobility as a cross-sector lens—looking at elements such as the interplay between the mountainous and urban regions, the need for access to decentralised healthcare provision, transport for older demographics and air quality.

There is also a co-operative-led approach to business model shifts away from heavy industry such as metal manufacturing and automotives, in the famous Debagoiena Valley, home to the Mondragon corporation; and a fair and solidarity-based approach to protecting the climate while maintaining economic development and jobs in the city of Rybnik, Poland, located in the Silesia region which has been shaped by the presence of mining, energy and heavy industries.

Audio: What’s next for the EIT Climate-KIC and IIPP partnership?