When you hear the words climate change, do you think positively or negatively about the future?

This question, asked by UNEP Champion of the Earth 2016, Leyla Acaroglu, brought home a number of core discussions at last week’s Swiss Energy and Climate Summit (#SwissECS18) in Bern. EIT Climate-KIC was among the 600 participants in SwissECS, Switzerland’s main conference for energy and climate issues, discussing the role of climate change communication and framing, digitalisation and just how radical our political roadmaps need to be for effective climate action.

According to Acaroglu, that most people think about climate negatively brings problems. Fear messaging only triggers a reaction in a small number of people. For example, when humans are put in a situation of fear they usually show three reactions: They overreact. They get numb. They run away.

Acaroglu wants, therefore, to reconfigure how we communicate about climate change, as typical reactions like, “I’m so small, the problem is so big”, are not helping anyone or solve the world’s climate problems.

Thinking about about new forms of communicating climate action might be crucial for achieving global climate targets, but it will certainly not be enough. “Today’s problems are often yesterday’s solutions”, said Acaroglu, stressing how we have  designed addictive systems (and energy is mostly their “heroin”) or how we measure success with misleading numbers like GDP (GDP goes up when there’s a hurricane and goes down when happy families don’t need to purchase anything). So, how do make sure that we don’t create tomorrow’s problems with solutions we are currently developing?

Acaroglu made clear that people, organisations or legislators need to embrace the work in complexity and think in systems when it comes to effective climate action. Biofuel, for example, sounded like a good idea to many state legislators.

What did not occur to them is the world food crisis in 2017, that partly resulted in crops being sold to biofuel producers instead of the food market.  “Actually, everything is based on systems, (…) [therefore] the intersections between industrial systems and natural systems need to be carefully designed”, says Acaroglu.

A reconfiguration from a linear to a circular economy that creates business models and accounts for ecosystem services, will require lots of conversations and collaboration to be successful. And as not every solution for this new world system will be a low hanging fruit, we need to see the search for efficient technologies and policies, positively framed, as a problem we love, not a burden.

“Love the problem. Love Brexit. Love Trump. I struggle with it,” said British sustainability leader John Elkington, who sat down with Anders Wijkman, Co-President of the Club of Rome and Chair of the EIT Climate-KIC Governing Board, to “rethink the economy” in front of a 600-strong audience, who seemed to relate with Elkington’s comment.

While in the past the discussion was focused on costs of climate action, it now seems to be switching to the return-of-investment of climate action. Although businesses cannot be held solely responsible for making the transition to a more sustainable, net-zero carbon economic system, they have to rethink their business models, which until now seem to be based on an empty world. “As long as we earn more when we sell more, this system will fail. That’s why the circular economy approach will be important”, says Wijkman in Bern, a topic that was discussed later in a deep dive session of EIT Climate-KIC.

Understanding the long-term benefits for climate action through digitalisation (see Exponential Climate Action Roadmap) or machine learning and artificial intelligence (check out DeepMind) will be crucial to making this transformation happen. Building upon Acaroglu’s remarks on the need of systems thinking in relation to climate action, Wijkman referred to the 17 UN Sustainable Development Goals, which he believes will not be enough, if looked at one by one. We need to leave the silos and enable ministries, companies and citizens to have a new mindset that allows a systemic approach to climate action. 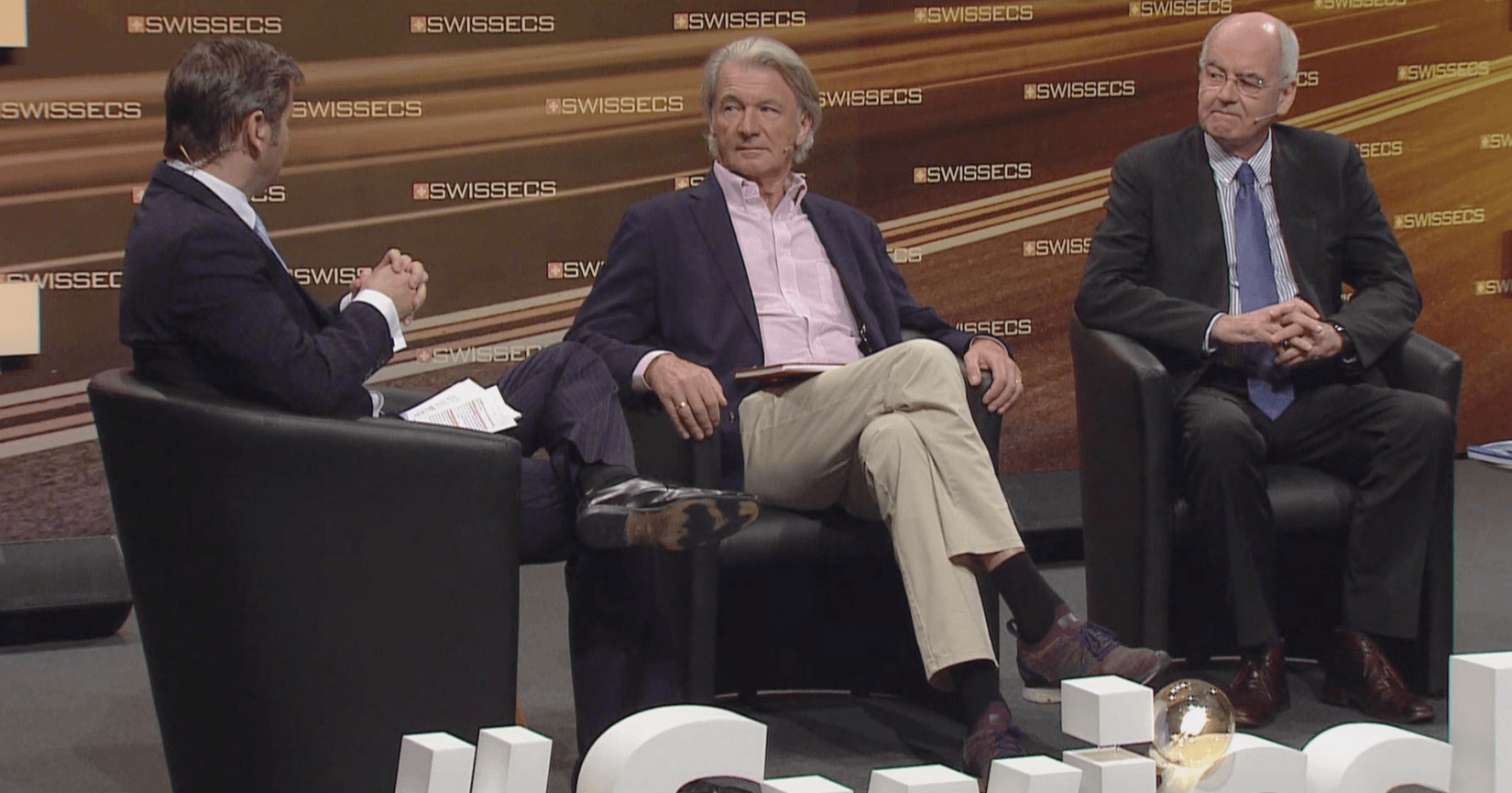 Fortunately, we are making progress in creating a better mindset for climate action. Twenty years ago a climate conference like the SwissECS in Switzerland would be unthinkable, said former German Vice Chancellor Joschka Fischer. He added, “[translated from German] When I was born there were 2.5 billion people, when my grandchildren will be my age there will be 11 billion. We don’t think radically enough, but the development will force us to think radically.” He’s convinced that countries like China will radically change their economic systems, to benefit political and social stability.

Put on your hiking boots. The road (map) will be rocky.

Although the SwissECS seems to be a local conference in an idyllic Swiss city, the issues and actions discussed clearly had an international scope, as the problem (that we love) has. Radical, systemic thinking and climate action is now not only something you might hear in New York-based think-tanks, but has arrived in the general discussion about the future of our planet and an effective road map towards sustainability. Because, as the President of SwissECS has framed it: “Climate action is not a walk, it’s a mountain hike.” So put on your hiking boots, climb onto that step, rocky road towards a sustainable world system and don’t overreact, don’t get numb, don’t run away.