Embracing a new approach to climate change in Moldova

Moldova is one of Europe’s most modest contributors to climate change. Its per capita emissions, while higher than many other Eastern European countries, are still almost half the world’s average.

But the country is also one of the poorest on the continent, and it is disproportionately impacted by the impacts of climate change. An unprecedented drought in 2012 carried it from economic boom to a painful contraction. Poverty and the sustained effects of political turmoil is what is on most people’s minds.

“The level of interest in climate here is usually very low”, says Virginia Bîlici, a top representative from the Swedish International Development Cooperation Agency (Sida), operating from the Swedish Embassy in the Moldovan capital of Chisinau. “Back in 2019, we had that extensive discussion with local authorities on how to work on climate change considering that it is a country which represents a tiny 0.026 per cent of the world’s greenhouse gas emissions.”

Sida is recognised as one of the world’s highest performing development organisations. It has been hailed for the radical novelty of its methods, from its support of research and innovation in low-income countries, to its attention to the connections between climate change and development. In the Eastern European country of Moldova, it has played a small but significant role in alleviating poverty, strengthening democracy and bringing the country closer to the EU — all crucial to the country’s ability to flourish in the near future. However, when it came to this particular issue, driving interest and engagement in climate change, Bîlici realised that she was “stuck”.

The answer, she thought, was to create a new kind of ‘Climate Lab’, similar to several other ‘hubs’ run by Sida with the United Nations Development Programme and NGO partners in the region. These locally implanted hubs or labs have worked well in the past, typically providing support for environmental engagement from civil society organisations, businesses, institutions and the public. But now she felt like she needed a new approach, which is when Sida started collaborating with EIT Climate-KIC.

Systems innovation, as practiced by EIT Climate-KIC, is a way to understand and address, in a highly collaborative manner, the underlying assumptions, habits, behaviours and models that get in the way of what societies need to do to transform into more climate-friendly versions of themselves. “What we wanted from workshops with EIT Climate-KIC was, by applying what you call systems innovation principles, to clarify the shape that this initiative could take and understanding how to create systemic change in Moldova,” says Bîlici.

“As climate activists, we have a tendency to jump into the action,” says Ignat, adding that the trainings and sessions the group went through with EIT Climate-KIC helped them to focus on the goals they want to achieve, but without coming and prescribing solutions right away. “Now we are really taking the time to understand what it is exactly we have to do to make things happen, and we got better at recognising the work that needs to go into creating a bond between all parties involved and get them interested.”

“With the training with EIT Climate-KIC we have realised that we needed to spend more time thinking about the processes that we use,” echoes Ecaterina Melnicenco, also working with UNDP. Melnicenco has a background of operating with various local NGOs and many years’ experience working on environmental issues in Moldova.

“We used to work in a way that our goals and intentions were linked to assumptions we had about how things work, and we were discovering on the fly that these assumptions might just be wrong. Now, we are really taking the time to think about the changes we need to happen in Moldova, redefining the problem and thinking about the ways that we can influence the system,” she says. 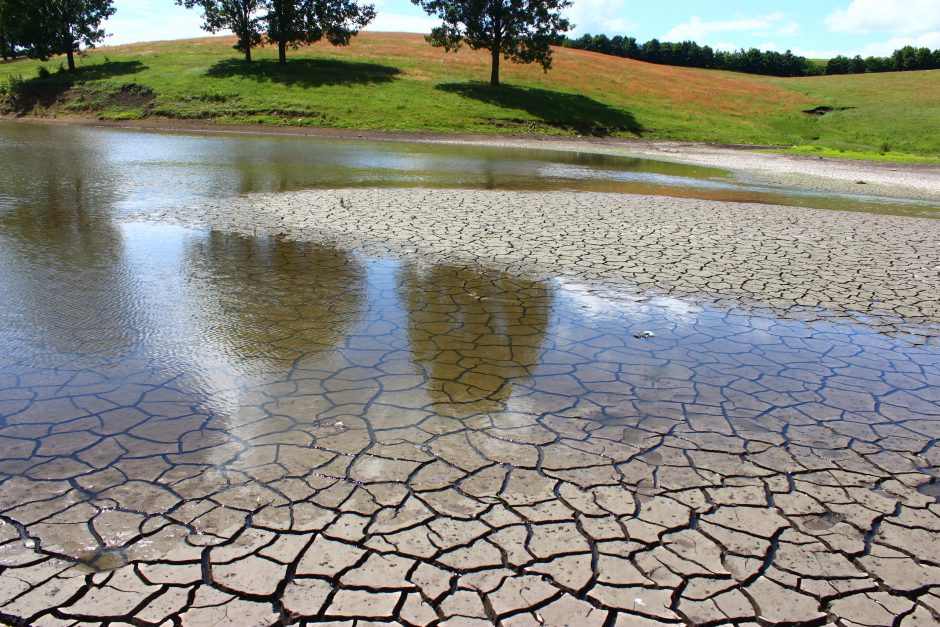 Climate change exacerbates the severity and frequency of drought conditions in Moldova.

The same region in Moldova can experience intense droughts and devastating floods in the course of a few months, which is the primary concern of local people when they talk about climate. But the irregular nature of these events made it difficult to sustain long term interest from Moldovan people or to channel money from donors. Melnicenco says systems thinking has allowed her to envisage a different way to approach her work, and one of the changes her team has implemented is to tackle the question of climate less from a perspective of enforcing the country’s complex environmental regulation, and more in terms of jobs and economic opportunity. “Solar energy, for example, could be one of these new job markets that could benefit the entire economy,” she says.

Another example of the potential of systemic thinking can be found in UNDP and Sida’s approach to working with Moldovan women.

“When working on small grant programmes for women, we usually design these in isolation and in a way that would anticipate for the outcome,” says Melnicenco. “Now we look at these interventions as micro-systems in themselves and leave some space for the programmes to evolve, to be more adaptive.”

What she and her colleagues have gained is a recognition that the climate issue is complex and needs to be tackled from more than one angle. In their work engaging with women, they are not only looking at the aspect of their vulnerability, but instead considering them as change agents in the systems and groups that have the ability to transform life at local level. Another key aspect is ensuring they build a sense of solidarity from Moldovan men in this gender-equal approach to climate.

“What has really inspired me about this project is how Sida has embraced the role that personal leadership plays in provoking change,” says Solla Zophoniasdottir, Learning Services Lead with EIT Climate-KIC. “By lowering the barriers to participation for practitioners across their institution, and opening up to a set of experiments that help to envision what is possible, Sida has set an important standard for organisations working in development to rise to the systemic transformations needed for complex change.”

Inna Chilik, a Moldovan born member of the EIT Climate-KIC team who delivered the training, hoped the workshops would create a “strong foundation” for the emerging climate and environmental community in her home country. The early signs are positive; as the local lead for Sida’s activities in Moldova, Virginia Bîlici is now engaged in an endeavour that she did not imagine she could have tackled only a few months ago.

“I am sure that the results of this process will come fast,” she says. “The people we have involved so far have already realised that they are now part of something bigger, something that could result into a real shift. We already see a lot more cooperation and exchanges, such as regular ‘online environmental breakfasts’ of the Moldovan climate community, less formal than what we were used to as government employees. What happened is really a mind-set shift.”

This project was supported by Sida and implemented by the Climate-KIC International Foundation, a global non-profit, for impact organisation and the lead entity and majority shareholder of the Climate-KIC Group.