On 23 April, EIT Climate-KIC CEO Kirsten Dunlop spoke on a panel of leading scientists, policymakers and entrepreneurship experts during a Euronews livestream in partnership with Copernicus and hosted by science correspondent and Climate Now series presenter Jeremy Wilks. The discussion centered on what Europe is doing to tackle climate change—and whether it’s enough.

The livestream took place on the occasion of the release of Copernicus’ landmark annual European State of the Climate report. The report shows how 2020 was Europe’s warmest year on record and comes at the end of the warmest decade on record. Copernicus also reported that greenhouse gas concentrations continue to climb. 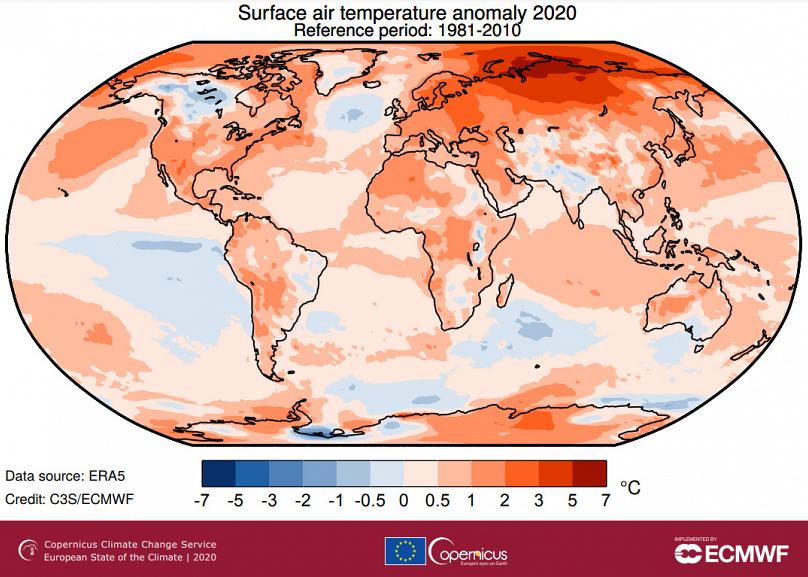 2020 was Europe’s warmest year on record and comes at the end of the warmest decade on record. Copernicus climate change service.

In response, the European Commission last year unveiled its €1 trillion Green Deal with the aim of net-zero carbon emissions by 2050 and a 50-55 per cent cut in emissions by 2030.

However, one of the main issues in reaching net-zero carbon emissions is the financial incentive, which Dunlop highlighted during the Euronews livestream:

“On the one hand, we’re saying we want carbon neutrality by 2050… but we’re still subsidising fossil fuels,” she said. “We’ve still got pension funds with massive investments in high carbon-emitting businesses because, on the balance of evidence, it’s where money can make a return. If we can’t rule out the contradictions, we’ve got a problem.”