How do you build a community to foster innovative co-creation? Climate-KIC Nordic tried to answer this question with their second Ideation Day on 27 January 2017. This time around the format included illustrative posters, stickers and post-its. Read on and learn more about our creative day.

Climate-KIC Nordic held its first Ideation Day in the early autumn of 2016. The purpose was to bring together the diverse competencies of the community to create strong innovation projects. Partners were also encouraged to bring along external parties to take part in project consortia. The day was very successful and resulted in one spin-out company, five pathfinder applications (of which three have already been awarded), one Demonstrator project application and two EU applications.

Here are some reactions from some of the participants in this Ideation Day:

“It is truly beneficial to be able to receive financial support at such an early stage of a project. It means a lot for us, being a small company. Also the fact that it doesn’t require a lot of application work.”

This time around, Climate-KIC Nordic selected 23 project proposals to pitch on the day, from a record number of 53 received. The concept and layout of the day had been updated in order to encourage even greater community building. Among the new elements were posters illustrating each project proposal. 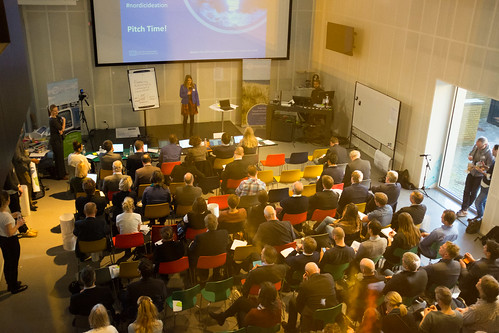 “The posters were helpful in terms of making all participants present in the exact same format and using the same amount of media for presenting.”

Combined with a one minute speed pitch at the start of the day, the posters set the scene for the audience to contribute to projects with helpful hints and comments. Everyone had been given colourful post-its to write on during the pitches which they could then place on the posters.

Another new addition to this year’s Ideation Day was the “Community Builder” prize. Participants were given three yellow stickers to put on the name tags of those individuals who they thought had been the most helpful during the day. 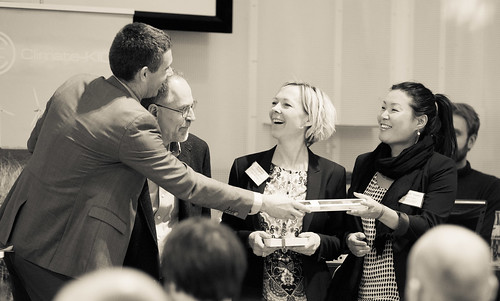 After receiving feedback, helpful tips and preparing their pitches, 23 project owners went on stage to present their ideas to the jury with Marcel Bogers, University of Copenhagen, Marianne Thellersen, Technical University of Denmark, and Benoist Vercherin, Eelco van Ijken, Victor Gancel and Susanne Pedersen from Climate-KIC.

The audience were also voted for the project they liked the most by placing a limited number of stickers on project posters. The poster with the most stickers belonged to the team from the City of Copenhagen with their project proposal: “Big Data for Bicycles”. Congratulations!

Winners of the community award #bigdata for bicycles #nordicideation pic.twitter.com/CaFrM4Owwr

We congratulate all 17 winners on their awards, and look forward to following the progress of your projects. Please click here to see a list of the winners and their prizes.

“The Ideation Day was a very engaging experience. I was positively surprised”

“The format of the event made it easy to mingle/network” 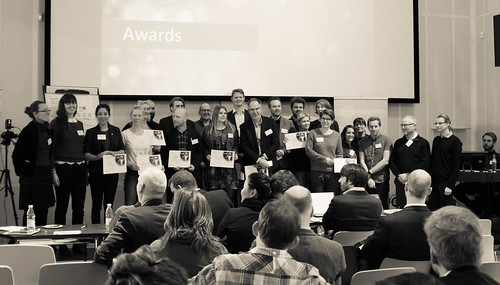 If you want to know more about the Ideation Day concept, please get in touch with Henrik Søndergaard or Ida Åsle.

Check  out our photo album from the day, and our Storify with tweets, photos and videos! 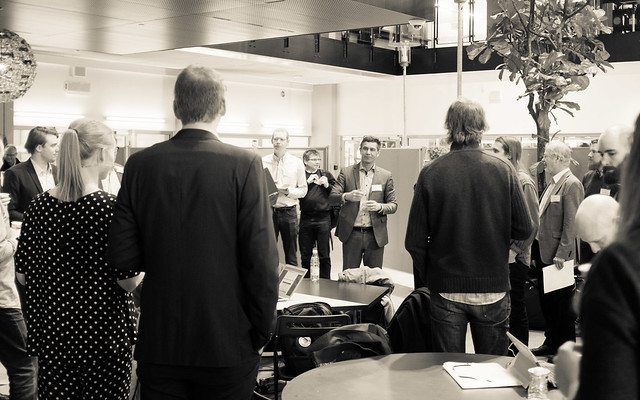