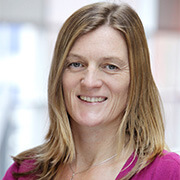 “There is a big shift taking place in how we communicate about climate change at the moment,” said Angela Howarth, head of communications at Climate-KIC, “At Climate-KIC, we focus on the limitless opportunities of the zero carbon economy. That message really resonates with people around the world.”

“Above all, this award is a fantastic recognition of the enthusiasm and the engagement of Climate-KIC’s global community of innovators –  young and old – and their genuine passion for climate action,” Howarth added.

But all too often the science around climate change fails to resonate with people, according to Yeomans. “This is why Climate-KIC’s 2015 Climathon is so appealing,” he said, calling the campaign a Twitter sensation.

Yeomans stressed that it is very difficult to get people interested in climate change action when the problem seems “so great and so removed from everyday reality.” It is a conundrum that governments, activists, companies and the media have faced for decades, he said.

Climate-KIC launched the event as part of its larger campaign to raise awareness about climate change ahead of the UN climate change summit COP21 in Paris.

The 24-hour Climathon saw teams across six continents work together simultaneously to solve the climate change challenges in 20 participating cities. The Climathon was seen trending on social media in major capitals such as London and Washington DC.

Yeomans said teams posted more than 5000 updates about their work to social media accounts, and highlighted Climate-KIC’s dedicated social media wall, used in all participating cities, as a “classic example of how social media can drive widespread interest with minimal resources.”

2016 Climathon will be bigger 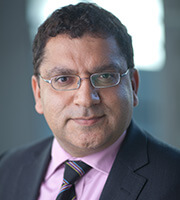 Climate-KIC will organise its 2016 global Climathon in October, a few weeks ahead of the next UN climate summit which will take place in Marrakesh, Morocco. “This year we will have even more cities taking part in the Climathon,” confirmed Ebrahim Mohamed, education director at Climate-KIC.

“I am incredibly proud of what our community has achieved last year and can’t wait to see this enthusiasm multiplied in October,” Mohamed said, “Last year, already more than 1000 teams from 20 cities volunteered to take part and ideas were as wide-ranging as new ways to encourage cycling in Copenhagen to public-private partnerships to reduce food waste in Washington DC.”

Nominees for this year’s edition of the Guardian’s annual sustainable business awards, which counts thirteen categories, ranged from multinationals such as IKEA, PricewaterhouseCoopers and SABMiller to organisations like The Carbon Trust and the Carbon Tracker Initiative.

Organisations and innovators around the world interested in organising the 2016 Climathon in their own cities can volunteer through the Climate-KIC website at https://climathon.climate-kic.org/.

As it happened, on social media