The pilot phase of the Climate-KIC supported project Green Paths Copenhagen (GrePaCo) is now completed. With the aim of facilitating and incentivising increased bicycle use in central Copenhagen, the project has explored ways of measuring traffic and movement that are less resource intensive than traditional methods. The results are an efficient green path for bicycle commuters, and validation of both the method and data set used.

The Technical University of Denmark (DTU) (a Climate-KIC Core partner) rose to the challenge, and the GrePaCo project was initiated in April 2015, under the lead of Allan Olsen (DTU).

It became clear at an early stage that the last two research questions were difficult to answer appropriately because of a lack of required empirical data. The first challenge, however, stood out as the most interesting and viable for a solution.  Google took an interest in the project through their Better Cities project, and joined as a project partner. 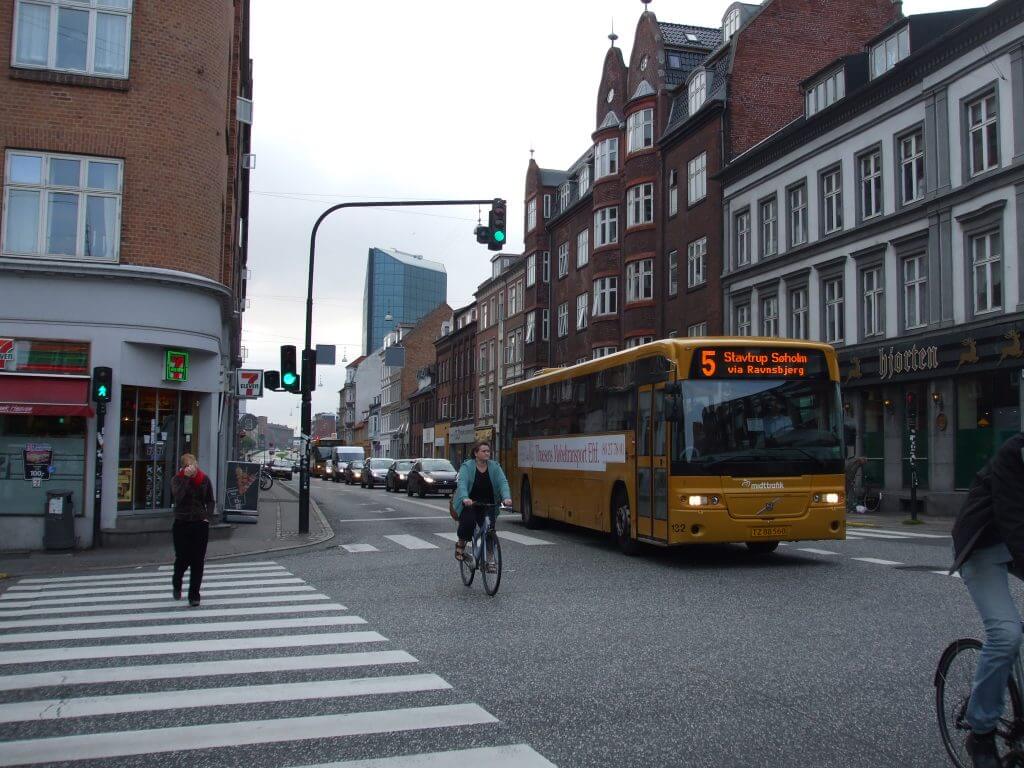 A number of cities across the world have been involved in the Google Better Cities initiative, which aims to demonstrate new big data driven innovation solutions for existing challenges using Google’s Big Data archive of Location Statistics.

The partnership allowed GrePaCo access to Google’s aggregate, anonymised data on historical traffic patterns, which could potentially represent an alternative to traditional traffic metering, which is both costly and time consuming.

The generic nature of the challenge combined with the world wide coverage of Google traffic data means that, if successful, the solutions would be scalable and transferrable to other cities, providing a template of opportunities for local climate mitigations.

The findings of the study have been remarkably positive. The data has been validated by Climate-KIC partner COWI, showing that the alternative data sets are in fact viable substitutes to more expensive options for traffic metering.

The success of the project has secured jobs for a PhD student and two postdocs at DTU. Three to four master students are also continuously involved in finding useful applications for the data sets. Beyond that, it has also opened the doors for further collaboration with Google through DTU’s Smart Mobility Lab.

Professor at DTU, Francisco Pereira, is currently working on combining Google’s Application Programming Interface (API) and traffic statistics with data on internet search behaviour and social media use with the aim of detecting and predicting traffic disruptions, like traffic jams, without the need to physically observe them.

Google have made the data sets available upon request and some projects have already applied for access. According to Allan Olsen, project lead, they are of particular interest to city officials within transportation e

It remains to be seen whether the ultimate goal of the project – to nudge the behaviour of citizens towards increased bicycle use as opposed to private cars – will be fulfilled or not. However, the Municipality of Copenhagen now has the appropriate empirical data and the required efficient measuring methods to make accurate comparisons in the future.

Next Steps for the GrePaCo Findings

Although the GrePaCo project is now finalised, the findings will continue to be of use with Copenhagen Municipality as a partner and Google as the data provider.

The City of Copenhagen’s Economics Department may use the data for evaluating some of its previous initiatives, as it presents a supplement and a basis to compare with existing data. This denotes an improvement of the city’s current decision metrics in relation to climate mitigation and adaptation.

The GrePaCo project is part of a larger project which aims to create a resilience plan for Copenhagen, and preliminary results will be presented in February 2017.