EIT Climate-KIC was among the policymakers, business leaders, academics and celebrities who gathered last week in San Francisco to discuss how to ramp up climate action under the leadership of the Governor of California, Jerry Brown.

The summit was called in the context of US President Donald Trump having stated his intention to withdraw the country from the Paris Climate Agreement as quickly as possible.

Hundreds of events took place both at the summit and around San Francisco, hosted by a wide variety of institutions including non-governmental organisations, research centres and banks.

EIT Climate-KIC Chief Executive Officer Kirsten Dunlop spoke on 11 September at the Investing in Resilience event about the innovation needed to rewire finance for climate action, alongside Romualdo Bernucci from the European Investment Bank and Kathy Baughman-McLeod from the Bank of America at the Pacific Energy Center.

“There is a dramatic gap between the needs and solutions. EIT Climate-KIC is taking a portfolio approach to supporting innovation in resilience finance, focusing on key leverage points for systemic change,” Dunlop said.

Walmsley’s team looked at how to finance a £6 million methaniser plant in Cameroon aimed at reducing methane emissions from local industry and turning it into useful by-products. 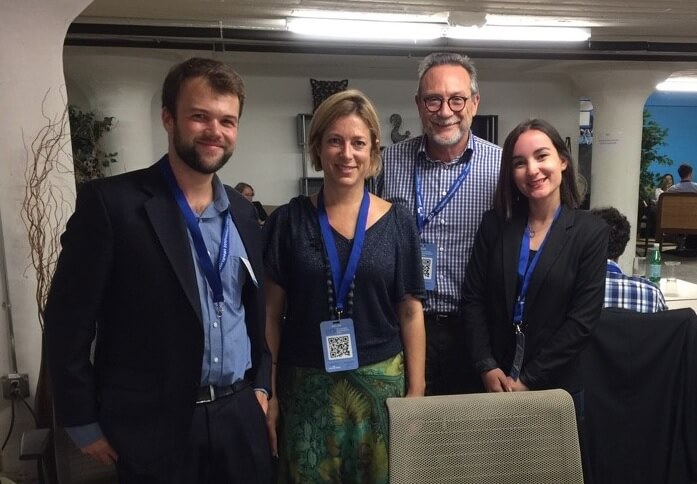 The GCAS has aimed to highlight that “states and regions, cities, businesses and investors are leading the charge on pushing down global emissions by 2020” and the Washington Post reported that actions by sub-national actors and the private sector in the United States could fulfil 50 per cent of the county’s Paris Agreement commitment.

During the summit, the philanthropic community announced $4 billion of support over five years to tackle climate change. Nat Simons, co-founder of the Sea Change Foundation said on 14 September, “The multi-billion dollar commitment announced today is only a down payment.  Together we’ll need to invest billions more. And soon.”