MiAlgae is set to revolutionise the global livestock feed industry by using by-products from local whisky distilling processes together with waste water to grow micro algae. These algae can substitute the need for fishmeal in the livestock feed industry and dampen incentives to overfish. MiAlgae has supported support from EIT Climate-KIC’s accelerator. The support helped the company expand its team and increase its production.

Lightyear is on a mission to create the successor of the electric car, by designing vehicles that can drive on solar energy. The company has produced Lightyear One, the world’s first long range solare powered car. EIT Climate-KIC supported the company through their business creation programmes.

Solaris Offgrid offers a pay-as-you-go model for affordable energy access in developing countries. Their innovations in customer service, hardware, software and deployment efficiency made it possible for the company to scale quickly and help thousands of people with energy. Both EIT Climate-KIC and EIT InnoEnergy helped Solaris Offgird with assistance and funding in the early stages. In 2017 the company was nominated for the EIT Venture Award.

The world creates over 2.5 million tons of coffee waste per year and only 5% of those are recycled while the rest is dumped into landfills. At the same time, by the year 2050, there will be more plastic in the ocean than there will be fish. RENS Original is the world’s first sneaker made from both Coffee and Plastic waste. In 2018 Son Chu and Khanh Tran participated in EIT Climate-KIC’s ClimateLaunchpad, placing second in the National Final.

AddVolt developed the world’s first plug-in electrical system for transportation markets. Their product can be plugged into trucks to receover energy during breaking and acceleration. That energy can be used to power refrigeration and other

SMAP Energy provides a Saas platform for utilities that analyses consumption data using machine learning and AI. Their solution will help accelerate the transition to smart energy. In the early stage of the start-up, EIT Climate-KIC supported the company with funding and coaching through their accelerator programme.

The world currently consumes 5.8 million tonnes of wipes annually. Yet, “ﬂushable” wipes are just marketing gimmicks and they just clog the drainage systems! Twipes are eco-friendly toilet wipes. Twipes are anti-bacterial, alcohol-free and paraben free, they don’t dry out and most importantly, each Twipe is 100% dispersible in water within 3 hours, unlike traditional “flushable” branded wipes that can take up to 3 months or even years. Twipes won the country final of the 2016 ClimateLaunchPad competition from EIT Climate-KIC.

Medusoil developed the world’s first soil bio-reinforcement technology to mainstream construction problems. By coupling traditional construction practice with disruptive biochemical carriers they reduce application costs, minimise equipment requirements and secure long-term resistance against failures and environmental threats. In 2017, MeduSoil won the second prize in the Global Final of ClimateLaunchpad competition. They were also selected as one of 30 top cleantech start-ups ready for investors by EIT Climate-KIC. 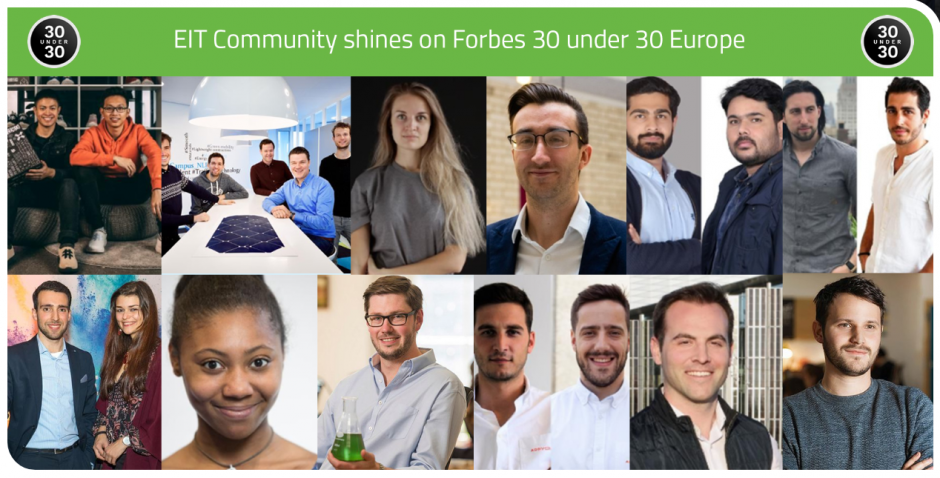 For cities to become climate-resilient, they need to invest in capability building EIT Climate-KIC signs declaration ‘EU Green Deal: from local to global’ EIT Climate-KIC organises first Festival of Circular Economy and Bioeconomy in Santander
Back to all Articles