Eden Project, a spectacular ‘indoor rainforest’ that transformed a disused quarry in southwest England in 2001, is launching a series of Eden-inspired projects around the world. The new projects in China, Australia and New Zealand will focus on environmental issues, including soil, water, food, and biodiversity, educating people and helping drive ecological restoration. Eden Project co-founder Sir Tim Smit said: “Eden’s mission is to explore our dependence on the natural world, to use that understanding to excite people into delivering transformation where they live and to ask really serious questions about what a great future might look like for all of us.”

In Qingdao, where construction is due to begin later this year, a new Eden will explore water and its importance for life on earth, sharing content and programmes with Eden projects in other countries.

A second project planned for the city of Yan’an (near Xi’an’s terracotta warriors) will explore the importance of land and soil. It will showcase ecological restoration as a vital tool for the future by restoring a degraded site outside the city into a fertile valley full of flowers, agriculture, craft and education. A third project, located in Beijing’s Sheng Lu Vineyard will run education and training, and give citizens a place where they can reconnect with nature.

Australians are looking to regenerate an environmentally-damaged piece of land around the Port of Hobart in Tasmania. Their Eden aims to act as a flagship in a new development, transforming a polluted, discarded site, and ensuring the Eden message reaches new audiences. Also in it’s early stages is a plan for the earthquake-damaged city of Christchurch, New Zealand. The project there aims to benefit the community, and boost tourist numbers, by exploring stories of nature and culture and restoring native ecology along the local River Avon. 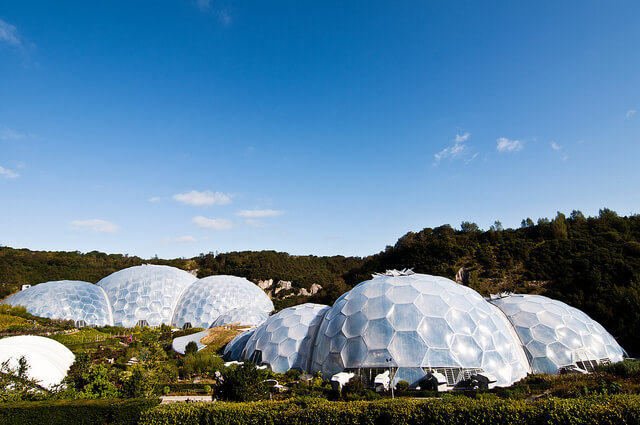