In 2016, EIT Climate-KIC supported a project called ‘Natural minerals for sustainable operations’ by helping to build a consortia and by providing funding. The project explored the use of olivine to significantly (net) capture atmospheric CO2. Since then, the project was carried forward by Dr Jos Vink, Senior Specialist, Sediment and Water Quality, Deltares, and his team. The latest iteration has been running since last summer and is called ‘Co-Action.’

Olivine is one of the most common minerals on Earth, composing 60 to 80 per cent of its upper mantle. It reacts with CO2 to form carbonate minerals. The more surface area exposed to air, the faster carbon dioxide can be absorbed, therefore the olivine is crushed into small bits. One pound of olivine can absorb as much as one pound of carbon dioxide from the air.

Ground olivine is an excellent substitute for sand, for example, in infrastructural works and green areas. Over 853,000 tonnes of CO2 could potentially be captured in small-scale applications in Rotterdam civil construction projects. Scaling up to the national level could result in a capture comparable to annual freight traffic emissions. Previous studies have shown that dredging work can be carried out climate-neutrally using olivine. Additionally, the ‘waste’ product is acid-neutral and can be reused in agriculture. Other pilots show the application of olivine can be a substitute for lime and/or magnesium fertiliser in green and agricultural applications, resulting in added value.

The weathering rate of olivine, and thus the effectiveness of CO2 sequestration, is determined by the grain size and environmental conditions. The release of nickel is directly related to this. Weathering rates of olivine had been quantified by some research groups, but had not yet been sufficiently field-validated at the time of the initial project.

CO2 capture by olivine needs to be quantified in a substantiated way in order to be coherent with emissions reduction targets. Priority can be given to projects where benefits can be combined, such as replacing conventional building materials (sand, gravel) or fertilisers (lime, magnesium), combating acidification and making dredged material reusable.

‘Natural minerals for sustainable operations’ is just one of the many land-use innovation projects EIT Climate-KIC has contributed to over the past ten years. During a recent Climathon, EIT Climate-KIC’s global hackathon for climate change solutions, the team ‘Deep Demo Puertos,’ whose challenge was to help the Port of Valencia achieve net-zero emissions by 2030, proposed using olivine to capture CO2 and regenerate beaches near the port. The team is made up of Adrián Mota, Anna Tolosa, Guillem Gil, Javi González, Susana Galera and Lola Bordás, who also participated in the 2019 edition of EIT Climate-KIC’s Pioneers Into Practice programme. 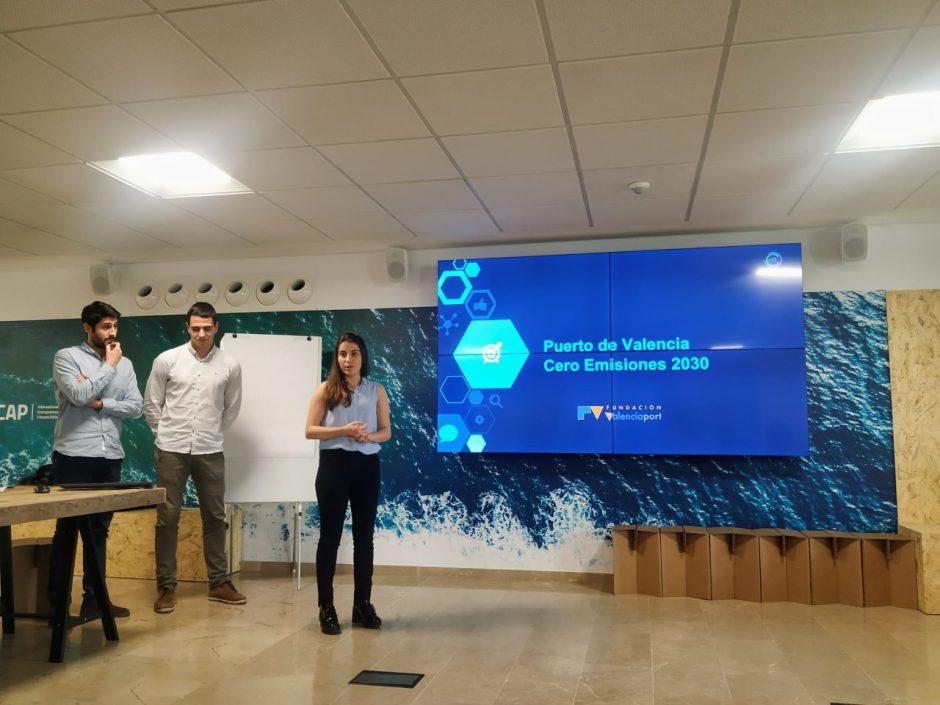 Recently, EIT Climate-KIC made the pivot from single-point innovations towards whole systems change in land use, cities, industry and finance. But, no organisation or country can change these systems on its own—changing everything requires ambitious, interdisciplinary collaboration. That’s why EIT Climate-KIC is bringing together its global community of knowledge institutes, policymakers, large and small organisations, start-ups and students to work on innovative solutions.

EIT Climate-KIC’s systems change approach is embodied in its Deep Demonstrations, which launched in 2019. These are living labs where the above-mentioned parties work together to come up with new insights, devise solutions and implement them jointly. The Deep Demonstration ‘Landscapes as Carbon Sinks‘ is one of the eight living labs. Just like how olivine is used, it focuses on leveraging similar nature-based solutions—such as afforestation and reforestation—for carbon sequestration. It also aims to maximise the impact of sustainable forest management, strengthen the effectiveness of farm-to-fork circuits and enhance the implementation of agroecology practices.