Major cities across six continents including national capitals such as Beijing, Washington DC, New Delhi, Addis Ababa and London will unite for 24 hours on 18 June. Entrepreneurs, students and policy makers will work together to find new solutions to local climate change problems ranging from sea-level rise to the conservation of biodiversity.

As diplomats around the world work feverously towards a global deal for the UN’s COP21 climate change summit in December, participants around the world join together to find innovative solutions to climate change as part of a Climathon organised by the EU’s main climate innovation initiative, Climate-KIC. The best solutions will be presented during the COP21 in Paris. 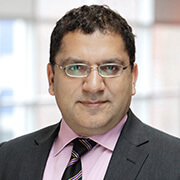 Ebrahim Mohamed, Climate-KIC’s Director for Education, said: “At Climate-KIC, we constantly look for the best ideas. We then focus on training the talent to scale those ideas up to solutions with high impact. With governments from around the world scheduled to meet at the COP21 summit here in Europe, now is the time to empower citizens to take action and find solutions. We also need to find new ways to deal with the climate change that is already occurring.”

The Climathon is set to coincide with the much anticipated environmental encyclical by Pope Francis. Climate-KIC Chairman John Schellnhuber, director of the Potsdam Institute for Climate Impact Research (PIK), is the only scientist to join Cardinal Peter Turkson for the presentation in the Vatican on 18 June and will give a speech.

The Climate-KIC Climathon is an official partner of the former US Vice-President Al Gore’s Climate Reality Project, which runs a global series of “Road to Paris” events in 2015 under its Live Earth banner, in collaboration with the United Nations. The Climate-KIC Climathon aims to connect and empower citizens around the world to take direct climate action in their cities in the run up to COP21.

The focus in each city is on predefined local climate change challenges, ranging from finding ways to counter threats posed by sea-level rise in Boston, USA, to developing the best solutions to find ways to empower the citizens of São Paulo, Brazil, to improve the conservation of its biodiversity. A full overview of all challenges is available on www.climate-kic.org/climathon.

In Washington D.C., Meghan Chapple, Director at Office of Sustainability at the George Washington University said this about the local Climathon challenge: “In our nation’s capital we still have work to do to turn local waste into resources. Solid waste contributes to greenhouse gas emissions and climate change. We are inviting students, professionals, designers, and entrepreneurs to develop inspiring solutions that we can put into practice.”

In Brazil, Jose Ripper Kos of the Federal University of Santa Catarina said: “Rio de Janeiro has a unique urban configuration, squeezed by the sea and mountains which contains significant natural parks. In this context, transportation is a major ecological, social and economic issue.” Ripper Kos is head of the university’s Architecture and Urban Studies Programme.

The best teams go to Paris

In every city, the teams will engage on social media to exchange and cross-pollinate ideas with participants from around the world. The best team in each city receives coaching and support from Climate-KIC after the Climathon to move their idea forward together with the city itself. The best teams globally will go to Paris to present their ideas on the world stage during the summit.

Visit our Newsroom for the full press release.