The week after President Barack Obama said that “No challenge — poses a greater threat to future generations than climate change” in his State of the Union address, participants in the summit will be introduced to Climate-KIC’s approach to educating a new generation of networked entrepreneurs and innovation brokers in Europe, alongside examples of initiatives in China and the United States, at a special symposium on 27 January. 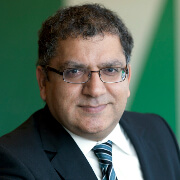 Participants in a workshop on 28 January will get a taste of one of Climate-KIC’s most successful education programmes, its annual summer school ‘The Journey’. The symposium and workshop take place at the Hyatt Regency Crystal City in Washington, D.C. as part of a conference organised by the US Council for Energy Research and Education Leaders (CEREL).

Representatives from Climate-KIC and the European Commission, the European Union’s (EU) executive branch, will take part in the events. Climate-KIC is the EU’s main climate innovation initiative and brings together researchers and businesses across Europe to find solutions to climate change and create sustainable growth and jobs in the process.

“We are keen collaborate and exchange best practices with colleagues in major carbon emitting economies, such as the US, and to demonstrate how education can work as an impetus for adopting proactive climate policies by inspiring change agents,” said Ebrahim Mohamed, Climate-KIC’s Director for Education.

The role of climate innovation education

The event is moderated by Mark McCaffrey, Programs and Policy Director at the National Center for Science Education and starts at 3:45pm EST. Speakers will also discuss other initiatives including the ‘eco-civilization’ proposed by China and the Climate Education and Literacy Initiative in the US which was recently launched by the White House Office of Science & Technology Policy (OSTP).

Climate-KIC’s Director for Education, Ebrahim Mohamed, will take part in the discussion, as will Juliette Nicole Rooney-Varga, Associate Professor of Environmental Biology and Director of the Climate Change Initiative at the University of Massachusetts, Lowell. Changhua Wu, Greater China Director of The Climate Group and Lena Adamson from the Department of Education at Stockholm University will join by video link.

On 28 January, graduate-level learners and experts involved in innovative initiatives in the field of climate and energy will be given a taste of a successful education programme run across Europe by Climate-KIC since 2010. From 2:00pm EST participants will be introduced to the concept of Climate-KIC’s ‘The Journey’ summer school, and the pedagogic features involved.

Participants will take part in a short simulation of ‘The Journey’- normally part of a five-week course – which guides them through the process of creating climate innovation ideas and resulting in teams pitching actual business plans.

The workshop is run by Climate-KIC’s Ebrahim Mohamed and the National Center for Science Education’s Mark McCaffrey. They are joined via video link from Europe by Mary Ritter, former Climate-KIC CEO and currently Advisor at Climate-KIC and Jordi Curell, Director at the European Commission’s Directorate General for Education and Culture, the executive branch of the EU responsible for policy on education, culture, youth, languages, and sport.

Climate-KIC’s annual summer school takes students across some of Europe’s most renowned universities and business centres over the course of five weeks and is open to students from around the world. The 2015 edition will take place in July and August, click here to sign-up for a reminder when the summer school opens for applications.

The National Energy Education Summit is supported by a range of organisations including the US Department of Energy, NASA and NOAA. The event aims to develop and advance partnerships that focus on transitioning the world to a new, constantly improving energy system and emphasises putting ideas into action – moving forward on policy and practice.

CEREL is a multidisciplinary organisation of leaders of university-based energy centres and programmes working together to advance the role of higher education in the energy field.

You can follow the summit from 27 – 29 January on social media with the #EnergyEdSummit and #NCSE2015 hashtags. Follow Climate-KIC on Twitter at @ClimateKIC and Ebrahim Mohamed at @EbrahimKIC.