“Let’s find ways to take action within our abilities”

Five years on from the signing of the Paris Agreement at COP21, and at the end of one of the most difficult years for climate action in recent history, in this series we celebrate five individuals that remind us of the power of the people in the climate movement.

There may not be many people who can look back at 2020 and count their contributions to climate action. But despite the challenges presented by the COVID-19 pandemic, one co-founder and CTO has persevered.

Gopal Kumar Mohoto is part of the leadership team at Cassetex, a Bangladeshi start-up that in October won the global EIT Climate-KIC ClimateLaunchpad finals – much to his own surprise.

“No team from Bangladesh has ever participated in this competition before, let alone reached the global grand finale and nailed it,” says Mohoto.

All Cassetex’s founders are from Bangladesh, a country that has deployed more than 1 million electric three-wheelers across its small towns and cities. The vehicles have played a critical role in the economic growth of local communities and set a precedent in the developing world for the transition to cleaner ‘last-mile’ transport.

There has been a flip side however to this fossil fuel-free boom, with the large number of electrically charging vehicles placing a substantial burden on the national grid. Cassetex responded by building a solar-powered battery station, and their business model offers pre-charged batteries that drivers can swap multiple times a day. By shifting the charging power to solar energy, the burden on the grid is significantly reduced. 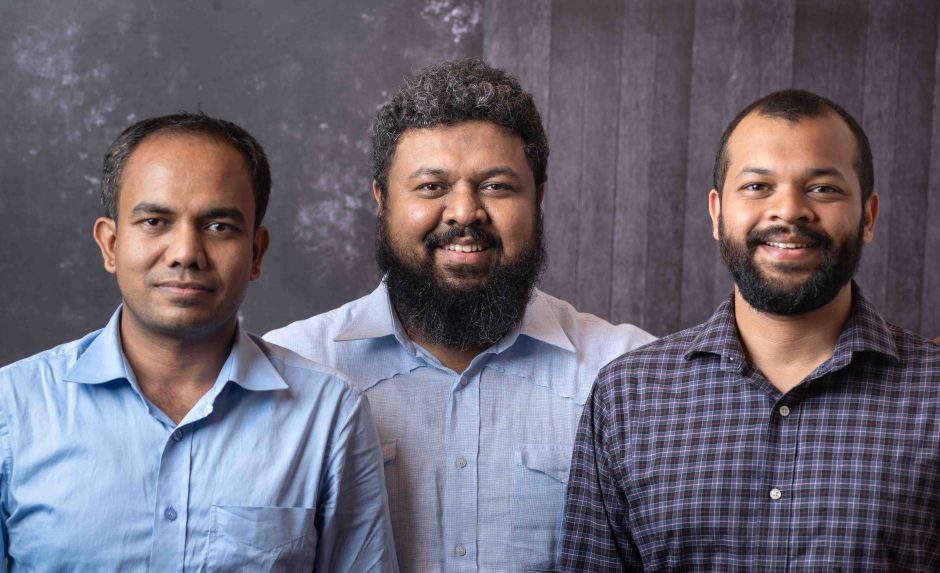 The team said they were “humbled” by winning the award, and hopeful that it would help them solve some of the critical challenges facing the transport sector — one of the biggest contributors to our changing climate.

“Bangladesh is one of the nations that has been identified as being most vulnerable,” says Mohoto. He adds that increased sea-levels are already affecting the quality of farming in coastal areas, and there is evidence of climate change-influenced migration from rural areas to urban centres happening at an unprecedented rate.”

“The only way forward I see is to take rapid action, right now, wherever we can.”

“We should have found a way to listen to the scientists a long time ago – it’s so sad,” he says. “A change in thinking has started but it’s time to think about sustainability in industrial and domestic scenarios, without delay. As a common citizen, the only way forward I see is to take rapid action, right now, wherever we can. And as an engineer and a researcher on renewable energy, in my solutions I am always seeking a balance between technological growth and the environment.”

From Paris to today

Cassetex wasn’t Mohoto’s only contribution to climate action and innovation in 2020. This week marks the fifth year since COP21 and Mohoto recalls that five years ago, when the Paris Agreement was being signed, he was in his hometown of Rangpur researching ways to integrate solar body parts into automobiles. At the time he had “no idea where it would end up,” but this year he found out that the Solar Impulse Foundation awarded the finished work its Efficient Solution Label, a critical accolade from an organisation that is a well-known ambassador of the Paris Agreement.

He says that in the five years since Paris there has been a slow spill of climate awareness into general society in Bangladesh, and small to large-scale businesses are gradually taking up more solutions to reduce their environmental impact. Like everywhere, young people have also recently been galvanised to solve climate change issues.

A community on the frontline

But as people on the frontline, Mohoto says Bangladeshis have always been vocal about issues related to climate change. The vast majority of ordinary citizens, if not theoretically educated, are observant about climate issues and the societal and economic impacts.

The country has also benefited from Prime Minister Sheikh Hasina’s presence and leadership on the global stage. Hasina is currently the Chair of the Climate Vulnerable Forum, and in 2015 she received the UN Champions of the Earth award in recognition of Bangladesh’s work in climate change mitigation and adaptation.

“We have the tools needed to fight climate change. The only thing we need is a strong mindset.”

“We have the tools needed to fight climate change. The only thing we need is a strong mindset,” says Mohoto. “Even with Cassetex, yes, it’s true we’ve taken a great leap through the ClimateLaunchpad event, and we have validated our idea into a profitable business model with prototyping – but I don’t feel good about this year. We had a big business plan for 2020 and were unable to execute it.

“When we pass through a tough time naturally our mind starts to think negatively. But now it’s our responsibility, so let’s find ways to take action within our abilities. We are running out of time to act on climate. We cannot afford to wait.”