Cristina Aleixendri, Co-founder and COO of the Spanish start-up bound4blue, has been awarded the Innovation and Women’s Entrepreneurship Award by the Spanish Federation of Women Managers, Executives, Professionals and Entrepreneurs (FEDEPE). In August, the company was selected by EIT Climate-KIC to be part of the EIT Crisis Response Initiative, earning a grant of €500,000. Aleixendri was also included in the Forbes 30 under 30: Europe 2020 list.

Maritime transport accounts for three per cent global CO2 emissions, generating as much CO2 as the 6th most polluting country in the world. bound4blue has developed a system that helps ship operators save fuel and cut costs—while also reducing emissions—by using wind to drive their engines. To date, bound4blue has received over five million euros in funding. The project was incubated by the European Space Agency and, in 2019, was included in Phase 3 of the EIT Climate-KIC Accelerator programme in Spain.

The project, developed by the aeronautical engineers, Cristina Aleixendri, David Ferrer and José Miguel Bermúdez, uses wingsail technology—an automated wind-assisted propulsion system that uses this renewable energy source to reduce emissions from ships by 30 per cent. The system can be integrated into a wide range of vessels. 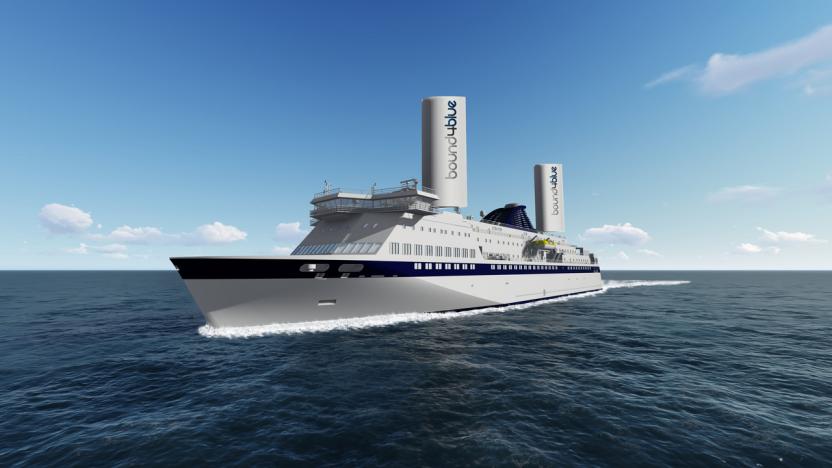 “We found soft sails installed in sailing boats or yachts, but none in commercial vessels. We believed we could apply our knowledge in aeronautics to build a high-lift device for the shipping industry adapted to its requirements, that could be the solution to the two showstopper challenges they are facing: High fuel operating expenses and emissions reduction pressure from international entities,” said Aleixendri in an interview published in Forbes.

Prior to bound4blue, the co-founders worked on the design, manufacturing and launch of scientific capsules into space, the construction of efficient wind towers and the deployment of geodesic-quality sea-ice drifting buoys in the Arctic.

EIT Climate-KIC organises first Festival of Circular Economy and Bioeconomy in Santander What does climate action look like for the Culture and Creative Sector Industries? Collaboration and knowledge sharing is key to unlocking capital for climate neutrality
Back to all Articles

Articles you may be interested in
In The News
EIT Climate-KIC organises first Festival of Circular Economy and Bioeconomy in...