BRUSSELS, 28 JULY – Following a competitive call and selection process in May and June, Climate-KIC – the EU’s public-private climate innovation initiative – has announced it is expanding its climate innovation network to include five additional regions across Europe. The new consortia came together yesterday in Brussels to launch high-impact low-carbon steps that will be implemented until the end of the year. 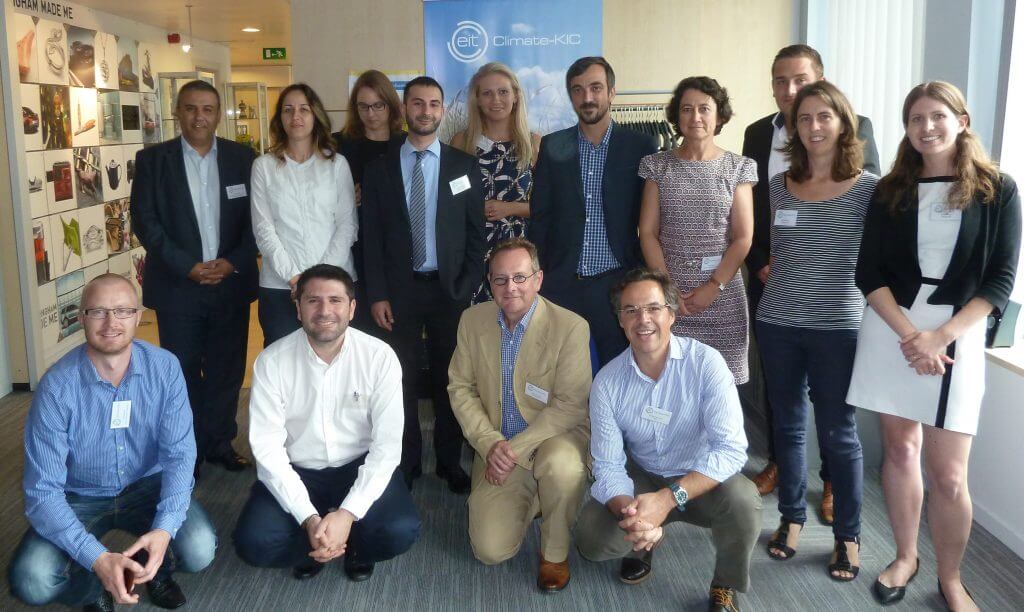 Colleagues and partners involved in the new scheme. Photo: Climate-KIC

Climate-KIC has expanded its uniquely integrated innovation model to include five more areas within the European Institute of Innovation & Technology (EIT) Regional Innovation Scheme (RIS) programme. Since 2014, Climate-KIC has piloted activities in Estonia, Portugal, Romania and Slovenia, focusing on professional education and acceleration as part of EIT RIS. The scheme has now widened to include regions in Serbia, Cyprus, Latvia, Malta, Bulgaria and a new Portuguese consortium.

The scheme helps regions kick start low-carbon innovation locally and significantly boost their capacity to implement the highest impact ideas. It also allows regions to access Climate-KIC’s mobility funding to ensure that students, researchers, teaching staff and entrepreneurs have the opportunity to participate in the organisation’s activities around Europe.

Mike Cherrett, Director – External Partnerships, Climate-KIC, said: “Active involvement at a regional level is key to ensuring that Europe continues to lead the way in climate change development. The five new consortia to join our scheme will help us build on the success of our first EIT RIS pilot and further strengthen our network of partners across Europe.”

Stylianos Yiatros, on behalf of the Cypriot consortium, said: “Cyprus is delighted to join the EIT Climate-KIC RIS programme and bring climate change innovation to the Eastern Mediterranean region. Our involvement with Climate-KIC is strongly aligned with the Cyprus Smart Specialization Strategy; and our consortium, comprising the Cyprus University of Technology, Chrysalis LEAP and the Cyprus Energy Agency, as well as our national network of partners, are very excited to work with the rest of the Climate-KIC regions and centres to bring sustainable growth in the region.”

Climate-KIC’s announcement comes as partners from around Europe met in Brussels, Belgium to welcome the new regions to the scheme and share learning and successes from the first two years. Activities included tailored capacity-building activities on smart specialisation, smart cities and communities, and wider discussion about access to EU funding.

Supported by the European Institute of Innovation & Technology (EIT), Climate-KIC carries the EU’s mandate to deliver large-scale innovation for climate change mitigation and adaptation across the continent, and globally. Climate-KIC already works with a broad coalition of cities, regions and its network of business and academic partners to test and scale-up climate change solutions – and to train local students and entrepreneurs.