Ferrovial, a leading infrastructure operators and municipal services company, and EIT Climate-KIC partner, is collaborating with start-up ZenRobotics to incorporate AI and robotics into the company’s municipal solid waste plants.

Europe will have to recycle 55 per cent of all municipal waste by 2025, according to a ruling passed by the European Parliament last year. For context, less than 30 per cent of all waste generated in Spain was recycled in 2016. It’s therefore increasingly necessary for all potentially recoverable waste to get recycled.

While waste sorting is a highly automated process in Europe, several tasks are still carried out manually in order to sort and recover valuable materials in the waste stream. Such tasks include the quality control of recovered materials and the separation of bulky waste. Workers are exposed to risks due to direct contact with waste. Additionally, waste sorting is a job that requires repetitive movements, which are hard on the human body.

Robotics and AI are innovations uniquely poised to improve the quality of work and health conditions of employees since exposure to waste will be reduced. These innovations will also increase the rate and quality of recovered waste that will re-enter production processes as secondary raw materials, thereby reducing the demand for completely new raw materials as well as the pollution associated with the manufacturing and extraction of such raw materials. Ferrovial decided to collaborate with start-up ZenRobotics for this reason—to support the transition to a circular economy.

“The successful implementation of the ZRR for Municipal Waste project could also have a positive impact on plant workers’ jobs, which are often repetitive, unpleasant, experience high-turnover and are risky. The work will transform into automated systems management and troubleshooting—high-value jobs based on technology,” said Rafael Fernández, Director of Digital Strategy and Innovation, Ferrovial. “Automation technologies will also create new occupations that don’t exist today, much as past technologies have done.”

The Zen Robotics Recycler (ZRR) robot is equipped with numerous sensors, including machine vision, which continuously monitor the waste stream. The AI recognises the desired materials and the industrial robotic arms, called grippers, pick out these materials quickly and precisely.

ZenRobotics technology has been tested in construction and demolition waste sorting, where it’s achieved rates of 2,000 picks per hour per gripper and purity rates of 98 per cent in separated streams. The technology has demonstrated its capacity to separate bulky items weighing up to 30 kilograms. 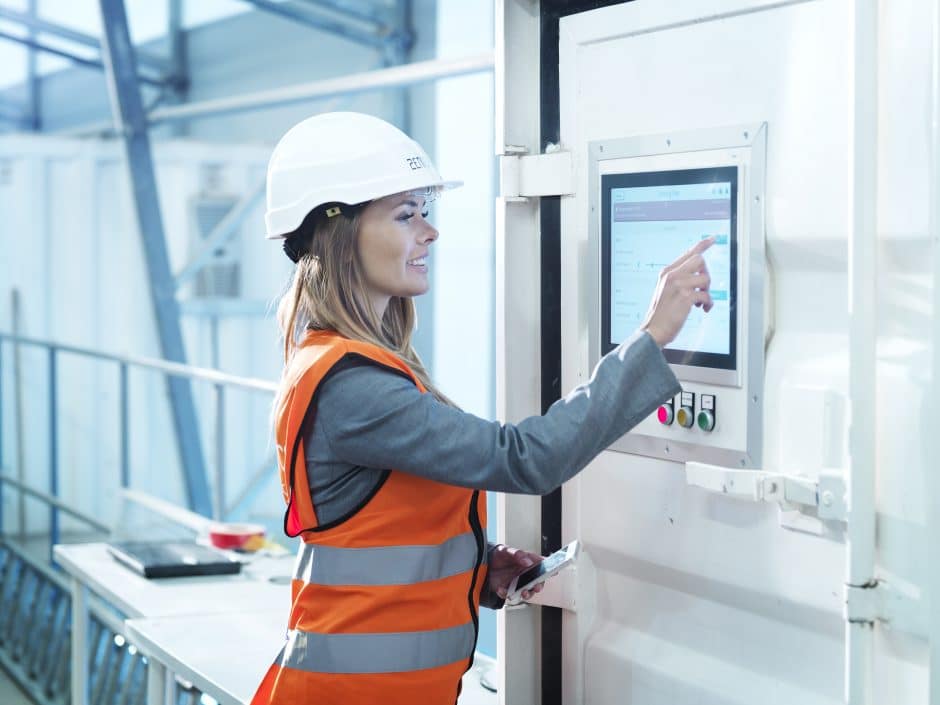 However, significant differences between construction and demolition waste and municipal solid waste streams mean the technology’s implementation at a municipal waste sorting plant requires adaptation: This is what is being undertaken in the project and is the first time the technology has been applied to municipal solid waste sorting. To address this challenge, Ferrovial is working with the Wuppertal Institute for Climate Environment and Energy.

“The robot training with municipal wastes is advancing favourably,” said Vicente Galván, Director of the Center of Excellence for Environment, Ferrovial. “Some preliminary results point to a good performance of the technology. Final results can be expected in July, once the testing phase is over.”

The robot was recently installed at the Ecoparc4 plant in Els Hostalets de Pierola, Barcelona, which is managed by Ferrovial’s services subsidiary. The installed unit features two consecutive robotic arms and will initially be trained to identify up to 13 different materials. It’s envisaged that the system’s capacity will be subsequently expanded and that it will be able to identify new materials in the waste stream via updateable, smart, self-learning software. The testing and robot learning process will be carried out at the Ecoparc plant over several months.

Following the testing process, if the results are positive, the robot ZRR2 will be put into operation. The system would be installed in the bulky waste reject line above a stream that thus far hasn’t been leveraged for recovery and was being managed for landfilling. The ZRR2’s features and the waste’s characteristics make it of interest to deploy the robot, according to Ferrovial. Through implementing this system, the Ecoparc plans to recover a greater quantity of recyclables as well as new materials which to date were not recovered.

“The ZRR2 is set to become a powerful tool that contributes to ensuring the supply of essential resources in a society whose rate of growth hinders its sustainability,” said Galván.

If the results of the ZRR for Municipal Waste project, supported by EIT Climate-KIC, are favourable, it will enable the technology to be used on other types of waste streams, not only in the Ecoparc4 facility, but also at other Ferrovial waste sorting plants.

Additionally, the project will contribute to the quantification and qualification of circular economy impact. NTU International, a consortium partner, will perform a socio-economic and environmental analysis of the robot’s introduction in the waste treatment facility. The analysis’ results can be expected in November.

Solar thermal energy: An industry with untapped potential SolarisKit empowers people to tackle climate change with their own two hands Panel envisions what a long-termist economy could look like and how to get there
Back to all Articles