EIT Climate-KIC partner the UCL Institute for Innovation and Public Purpose (IIPP), has published the “Resilient Regions Reconnaissance Report,” part of an eight-part series issued under the New Innovation Paradigms (iParadigm) project that engages at a strategic level with the pan-European Deep Demonstrations. These reports and accompanying team workshops aim to identify and test modern-day assumptions—or paradigms—that currently influence how we conceptualise innovation and tackle grand societal challenges such as climate change and COVID-19.

Learn how EIT Climate-KIC’s Deep Demonstrations, in collaboration with the IIPP, are surfacing and interrogating paradigms to unleash climate action in this clip featuring Martha McPherson, Head of Green Economy and Sustainable Growth, IIPP

In a recent statement, ‘A Climate-Resilient Recovery from COVID-19’ the UNFCCC made the urgent case for the world to ‘build back better’ from the pandemic, and argued this means increasing the resilience of communities to the growing impacts of the climate crisis and environmental degradation. With global threats like COVID-19 and the climate crisis being linked to human activities—such as deforestation and burning fossil fuels—it’s clear we need to radically transform the way we live. This requires a shift in assumptions about how to view and act on these challenges.

The findings from the “Resilient Regions Reconnaissance Report” supports the co-design of transformative innovation experiments for EIT Climate-KIC’s Resilient Regions Deep Demonstration. It’s currently being implemented with local and regional authorities and partners in the Dolomites, Glasgow City Region, Andalusia and Nouvelle Aquitaine, where there is a strong commitment to build resilience to climate shocks—climate change events that outstrip a society’s capacity to cope, including severe droughts, floods and heatwaves. The teams worked together to design early-stage experiments, based on IIPP’s new economic thinking approaches, which challenge concepts of public value and purpose, and the role of public and private actors in shaping markets and collaborative innovation.

IIPP identified four paradigms to support or challenge, and showcased some ambitious initiatives taking new approaches to resilience around the world.

Paradigm one: Mitigation vs. adaptation

This paradigm requires challenging. Resilience is frequently understood either as the capacity of a system to wholly re-orient, or for it to simply return ‘back to normal’ after a shock. This paradigm permeates both practitioner and academic literature, setting forth that, because they typically require different skillsets, personnel, resources and technologies, and take place across different time scales, mitigation and adaptation are frequently treated as separate domains.

“We discussed at length within the Nouvelle-Aquitaine team the balance to be found between mitigation policies and adaptation to climate change, and this overarching paradigmatic issue is one that emerged from the recent think tank workshop. Reconciling mitigation and adaptation approaches is not easy to promote, particularly among territorial public actors. Indeed, there remains a strong feeling of powerlessness that hinders action. This is why the regional scientific committee AcclimaTerra focuses its message on the need to protect territories from the impacts of climate change, as well as anticipation, while also integrating climate policies in the broader perspective of international negotiations between nations, regions and territories able to act on greenhouse gas emissions.”

Paradigm two: Resilience is too broad

“Resilience approaches differ greatly by region, and resilience itself is too poorly defined to be a useful term”

This paradigm requires challenging. Whilst some regions are highly vulnerable to the extreme weather impacts of climate change, others stand to grow economically from new activity made possible by a warmer world. Indeed, resilience can and should be defined through real-world applications.

By probing the edges of the definitions of resilience, practitioners can uncover hidden opportunities such as the building of new networks, new resources, and bringing greater strength and transformation. From the COVID-19 perspective, this might mean not just a bounce-back, but a bounce-beyond.

A case study shows how the city of Vejle in Denmark has taken on four strategic pillars to address resilience, incorporating climate, social welfare, and smart/data implications. This stretches, challenges and redefines the definition of resilience in a localised city system, looking at the role to be played by tech, and aligning the trendy concept of a ‘smart city’ with that of being a ‘resilient city.’ Vejle became the leading resilient city in Denmark and created Europe’s first urban resilience strategy. It brought together regional industrial development transition aims (as one of the most important industrial regions in the country) with resilience and shock absorption planning.

As EIT Climate-KIC and the IIPP explored the Deep Demonstration paradigms individually, a fascinating insight emerged that could help cities, regions and nations find common ground and accelerate the European Green Deal

We need to challenge both the norm that future resilience is not included in many present-day metrics approaches, and the concept that market-fixing from public sector agencies is the only way to deal with this.

The 2007 Stern Review is often cited referring to the climate crisis as ‘the world’s largest ever market failure,’ due to the characteristic that the polluter does not experience the impact of—or pay for—their greenhouse gas emissions.

While impactful, this framing this can lead to a narrow market-fixing response from the public sector, focusing only on tools such as carbon taxes or cleantech subsidies. These are welcome elements of the much-needed green transition, but there are also opportunities for much more holistic market-shaping and directing approaches that foster resilient and inclusive outcomes.

This paradigm is one that we should support, and we should design experiments to explore its potential. Climate change is not the only threat that communities face. Resilience should engage and benefit all community members, and it should consider all the challenges the community faces, from rising sea levels to a lack of living wage jobs. In the workshop, we discussed the opportunity for resilience to bring about intergenerational cohesion through acting as a conduit or bridge for current and future regional identity.

A third case study explores the problem of UK high streets falling prey to decline due to the prominence of online shopping or cheaper-rent suburban retail parks. A new report on adaptive strategies for London high streets, commissioned in 2020 by the Mayor of London, provided guidance on how public-value oriented missions can play a role in high street development. IIPP provided an essay on the public value potential of economic development and of how cross-sectoral, bottom-up missions can build resilience. 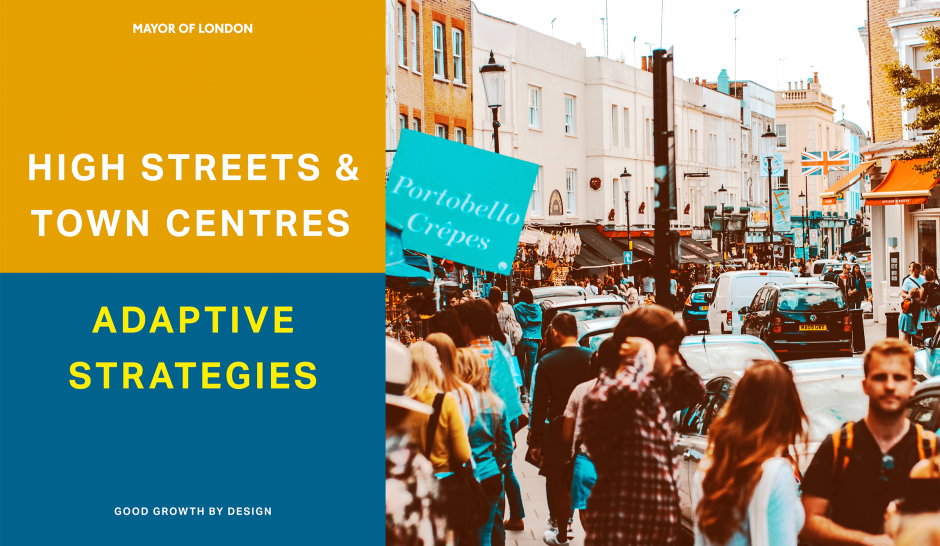 The Resilient Regions Deep Demonstration is currently co-designing portfolios of innovation actions in service of building regional climate resilience. The resilience paradigms identified by IIPP supports this ongoing work by inspiring regions to think beyond the status quo, challenge commonly held assumptions and test those paradigms which have the potential to bring in climate resilience.

What’s next for the EIT Climate-KIC and IIPP partnership?